What is Trey Songz's net worth?

Trey Songz (Tremaine Aldon Neverson) is a Virginia-born singer-songwriter, rapper, producer, and actor who has a net worth of $12 million. After releasing his debut album in 2005, Trey Songz has become intimately connected with the modern hip-hop scene. He has collaborated with various high-profile artists over the years, winning various awards in the process. In addition, Trey Songz has been nominated for three Grammys. In terms of statistics, Trey Songz has experienced considerable success, selling more than 25 million records over the course of his career.

Tremaine Aldon Neverson was born on November 28th, 1984 in Petersberg, Virginia. Born to a teen mother and a father who soon disappeared from his life, Trey Songz was raised as a military brat under the guidance of his stepfather. Neverson was shy as a child and was initially reluctant to sing in front of others. When he did sing, it was immediately obvious to everyone around that he was extremely talented. His classmates and friends soon encouraged Neverson to take singing seriously as a career path, and his stepfather introduced him to a record producer who was a family friend. Soon after Neverson graduated, he signed a deal with Atlantic Records in 2003.

Trey Songz moved to New Jersey to begin work on his debut album in 2003. While he was finishing up the album in 2004, he released a number of mixtapes that helped spread the word of his arrival on the music scene in preparation for the debut album. In 2005, he released I Gotta Make It. His first album debuted at a respectable number 20 on the Billboard Top 200 and featured the hit track "Gotta Make It" featuring Twista. While that track made more of an impact in the underground community, another single from the album entitled "Gotta Go" achieved mainstream success. He also featured on Twista's next album that same year.

In 2007, Trey Songz released a second album entitled Trey Day. This was an improvement on his debut album, as it debuted at number 11 on the Billboard Top 200 and sold 73,000 units in the first week.

After releasing a number of mixtapes after the release of his second album, Trey Songz released his third album, Ready, in 2009. This would prove to be Trey Songz's most successful album yet, and his first to earn platinum certification. Debuting at number three on the Billboard Top 200, Ready sold 131,000 units within its first week. Many other artists collaborated on this album. For example, Drake contributed to the track "Successful," and Soulja Boy Tell 'Em and Gucci Mane also worked on the album.

Trey Songz released his fourth album, Passion, Pain, and Pleasure in 2010. This album would include his biggest hit yet, a collaborative effort with Nicki Minaj called "Bottoms Up." Eventually, the track was certified three times platinum. For the first time, Trey Songz embarked on a tour following the release of his fourth album.

After releasing his fifth album, Chapter V, in 2012, Trey Songz toured once again across North America. In 2016, Trey Songz had his next album debut at the top spot on the Billboard Top 200 with the release of Trigger. In 2017, he released Tremaine, his seventh studio album. Once again, the album achieved platinum status. In 2018, Trey Songz released a number of mixtapes. 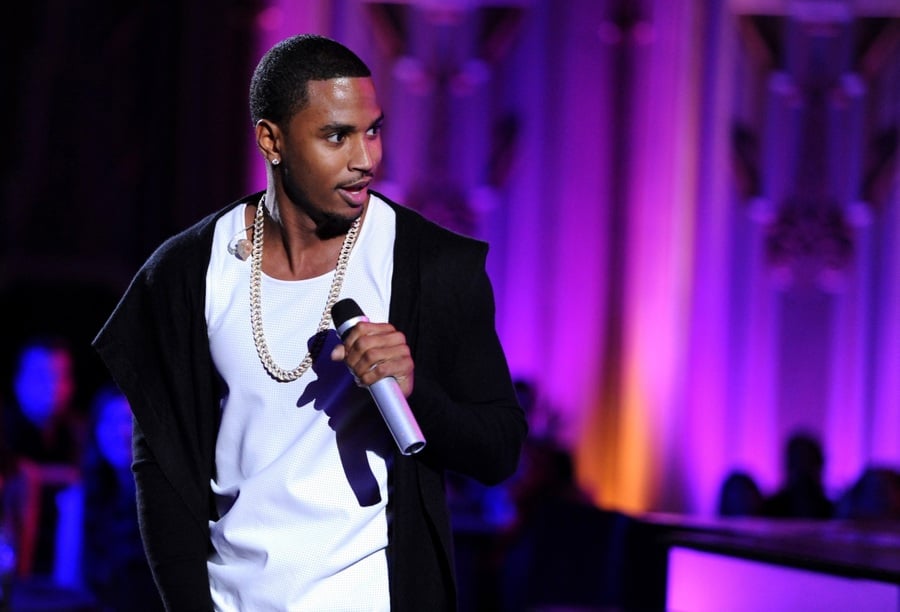 Trey Songz is an R&B singer with a tenor vocal range, although his songs sometimes defy classification into a single genre. Trey Songz has displayed a rare ability to blend emotional vocals with more traditional hip-hop sounds. According to Trey Songz, his influences include R. Kelly, Usher, and Prince. Trey Songz has also exhibited considerable rapping skills. Of all his albums, Chapter V shows the most versatility and range.

Trey Songz has also experienced some success in the entertainment world. He typically appears as himself in various television series such as Lincoln Heights and Total Divas. In the film world, Trey Songz has appeared as an actor in several productions, such as Texas Chainsaw 3D and Baggage Claim.

Not much is known about Trey Songz's personal life, although in 2019 he announced the birth of his first child, a son. He is also reported to have had a relationship with Khloe Kardashian in the past.

Trey Songz has struggled with a number of legal issues over the course of his career. In 2016, he was arrested after allegedly assaulting a photographer following one of his concerts in Detroit. In connection to the incident, he was also charged with felony assault of a police officer. It was later revealed that Trey Songz was throwing objects around after becoming angry that the venue had cut his concert short. Eventually, the charges were reduced to two counts of disturbing the peace. In addition to 18 months of probation and other penalties, Trey Songz was ordered to take anger management classes as a result of this incident. Later, he was sued in federal court after the officer he had assaulted claimed to have received serious brain and hip injuries, necessitating a hip replacement.

Another incident occurred in 2012 when Trey Songz was sued over the catchphrase "Yuuup." Storage Wars star Dave Hester had trademarked the phrase, giving him exclusive rights to use it in order to sell merchandise. Trey Songz disputed this, as he had been using the catchphrase since before Storage Wars aired. Ultimately, the judge ruled in favor of Hester. 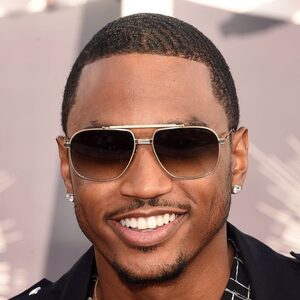