How much is Treach Worth?

Anthony Treach Criss net worth: Anythony "Treach" Criss is an American rapper and actor who has a net worth of $2 million. He is best known for being the lead rapper of the Grammy Award-winning hip hop group, Naughty By Nature who released hits like "OPP," "Hip Hop Hooray" and "Ghetto Bastard." Because of his chiseled physique, he has also been sought after for several roles in crime films, television crime dramas, and as a leading man in romance films. Over the years, he has made appearances in television shows like Law & Order: Criminal Intent, The Sopranos, Third Watch, Soul Food, Oz, and Law & Order: Trial By Jury. He has also appeared in a number of films, including The Wolf of Wall Street, Up in the Air, and 8 Mile. Treach was born on December 2, 1970 in East Orange New Jersey. In 1988, Naughty By Nature was formed in East Orange, and the group first appeared on the scene with an album called, Independent Leaders in 1989. The group would go on to release seven more albums, and reap the rewards of hip hop success. Treach was previously married to Sandra "Pepa" Denton, of the hip hop group, Salt-n-Pepa, and the couple have one daughter named Egypt. In 2014, Treach was pulled over for speeding in Union City, New Jersey and allegedly sent the police on a 10 block high-speed chase before pulling over and charging the police officers. He was cited for speeding and reckless driving, but when they ran his license they found several warrants out for his arrest that involved a child support case and unrelated traffic violations. 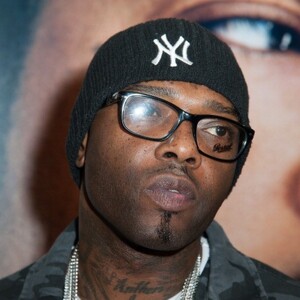