How much is Travis Porter Worth?

Travis Porter Net Worth: Travis Porter is an American hip hop group who have a net worth of $2 million dollars. Travis Porter is from Decatur, Georgia. Travis Porter is made up of Lakeem "Ali" Mattox, Donquez "Quez" Woods, and Harold "Strap" Duncan. The group started out as the Hard Hitters, but changed their name to Travis Porter in late 2008 to be more marketable. Ali and Quez are step brothers; the two met Strap while attending the same middle school. The three grew up together and in 2006 began exploring music. The group's biggest hits are "Aww Yea", "Go Shorty Go", "Bananas", "Ayy Ladies", "Bring It Back" and "Make It Rain". Travis Porter released a biographical film titled "Proud to be a Problem" on May 18, 2010. Travis Porter has a YouTube channel with over 130 million views and a Twitter page. Travis Porter would quickly earned major popularity through their mixtapes, show performances & through social media. The group also received Myspace's #1 unsigned group title. Their single "Go Shorty Go" made it on the Billboard R&B/Hip-Hop Chart and in fall 2010. On December 22, 2010 their debut studio album single "Make it Rain" hit number 50 on the urban radio charts and debuted on the charts at number 97 then climbed to number 46. 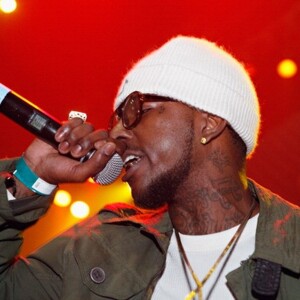