Trae tha Truth net worth: Trae tha Truth is an American rapper who has a net worth of $400 thousand dollars. Born in Houston, Texas, Trae the Truth, also known as Frazier Thompson III, began to make a name for himself in the Houston rap scene in the late 90s.

He first guest rapped on tracks for Z-Ro's album, "Look What You Did to Me", before releasing a series of solo albums throughout the early 2000s, including, "Losing Composure", "Same Thing Different Day", "Restless", and "Life Goes On". He is also part of Screwed Up Click, a Houston-based rap collective, and founded the group, Guerilla Maab, with fellow rappers Z-Ro and Dougie D. Of late, he has been the subject of a great deal of controversy, after gun violence broke out at one his music events in 2009. Speaking with local radio station KBXX 97.9 after the event, he stated that he did not condone the violence, but the station DJ said that his lyrical content did condone it. As a result, the radio station refused to play his music, and has since fired any DJ who chose to play one of his songs. He filed a lawsuit against the station in 2010. 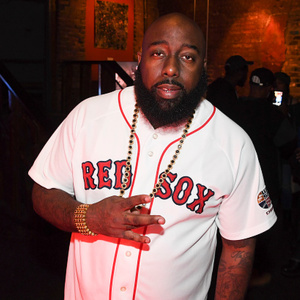