What is T-Pain's net worth?

Faheem Rasheed Najm, better known by his stage name T-Pain, is an American rapper, singer, songwriter, and record producer who has a net worth of $10 million dollars. His debut album, "Rappa Ternt Sanga," was released in 2005. Throughout his career as a singer, T-Pain is well known for using and popularizing the creative use of the Auto-Tune.

T-Pain was born Faheem Rasheed Najm in Tallahassee, Florida on September 30, 1985. His stage name is short for Tallahassee Pain and he chose it because of the hardships he went through while growing up there. He was raised in a Muslim home but is not religious. He got his first taste of the music business at three years old when a friend of the family who was a gospel jazz artist/producer, allowed him to spend time at his recording studio. When he was 10, he turned his bedroom into a music studio with a keyboard, a beat machine, and a four-track recorder.  He joined the rap group Nappy Headz in 2004. He was signed by Akon to Konvict Muzik.

His collaboration with Lil Wayne, "T-Wayne" was released on May 18, 2017. "T-Wayne" contains eight tracks recorded in 2009 described as "lost demos."  His album "Oblivion" was released in 2017. He has won two Grammy Awards with Kanye West and Jamie Foxx.

In 2005 he founded Nappy Boy Entertainment. His sound is known for using auto-tune.  His best-known singles include "I'm Sprung," "I'm 'n Luv (Wit a Stripper)," "Buy U a Drank (Shawty Snappin')," which reached #1 on the Billboard Hot 100 and US R&B charts, and "Bartender."

On September 24, 2009, T-Pain and app creator Smule created and released the app "I Am T-Pain," which allows people to use his style of Auto-Tune in karaoke.

Heappeared in the movie "Lottery Ticket" as a liquor store employee. He played himself in "Furious 7." 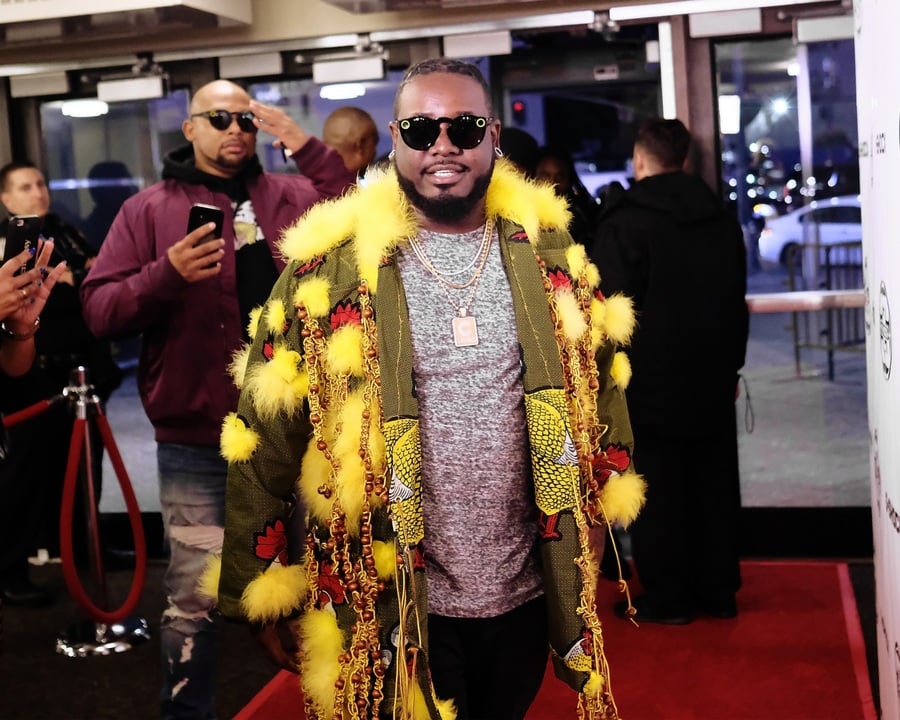 T-Pain appeared on the first season of the U.S. version of "The Masked Singer." He won the first season dressed as the Monster. His final song was "This Is How We Do It" by Montell Jordan. He beat Donny Osmond and Gladys Knight to take home the inaugural win. Other songs he sang that season included "I Love Rock 'n' Roll" by Joan Jett & the Blackhearts, "Stay With Me" by Sam Smith, "American Woman" by Lenny Kravitz, "I Don't Want to Be" by Gavin Degraw, and "Don't Stop Me Now" by Queen. Competitors that season included Osmond and Knight as well as NSYNC's Joey Fatone, actress Rumer Willis, LaToya Jackson, Ricki Lake, Tori Spelling, Magaret Cho, Terry Bradshaw, Tommy Chong, and Antonio Brown.

On February 27, 2019, the same day he won "The Masked Singer," he released a surprise new album titled "1UP" and announced a new U.S. tour in support of it.

He hosted the iHeartRadio Music Awards on March 14, 2019.

He married Amber Najm in 2003. They have three children.

T-Pain was in a golf cart accident on March 27, 2009. He was scheduled to shoot a video for Lil' Kim's song "Download." T-Pain lost four teeth and had cuts and bruises from the accident. He was back on stage performing two days after his accident.

T-Pain's niece Javona Glover was stabbed to death in a Walgreen's in Tallahassee, Florida on August 30, 2016.

He is an avid gamer and streams on Twitch regularly.

He has many tattoos, some of which are internet memes or otherwise internet-related.

In 2019, T-Pain lost a home in Palm Beach County, Florida to foreclosure. Deutsche Bank accused T-Pain of failing to make the mortgage payments since July 2016. Deutsche claimed he owed $83,061.86 on the note, plus interest. He originally took out an $85,800 loan in 2007 for the property.

In 2007, T-Pain bought a $1.32 million home in the Winfield on the River gated subdivision in Duluth, Georgia. 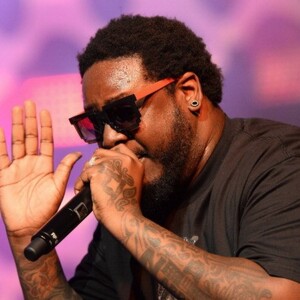