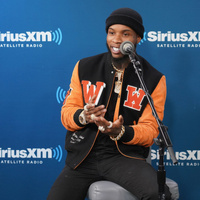 What Is Tory Lanez's Net Worth?

Tory Lanez was born Daystar Shemuel Shua Peterson on July 27, 1992, in Brampton, Ontario, Canada. His father, Sonstar, is Bajan, and his mother, Luella, who was from Curaçao, passed away from a rare disease when Tory was 11 years old. Lanez has said of his mother's death, "At the time I was being very bad because I didn't know how to express myself. Music gave me an outlet to express myself and channel that anger." The family moved to Montreal when Lanez was 4 or 5 years old, then they relocated to Miami, Florida. After Luella died, Sonstar worked as a missionary and ordained minister, so the family moved around the country. After Sonstar remarried, he moved the family to Atlanta, Georgia. There, Tory was given the nickname "Lanez" by his friend Hakeem because he "loved seeking thrills and running through the streets."

In 2006, Tory went to live with a cousin in Queens, New York, due to behavioral issues, then he lived with his grandmother in Toronto, but she didn't want to take care of him. Lanez told "XXL" magazine, "I ended up moving downtown with these three dudes that I didn't really know…From like 15-18, I was just fighting them. I fought like every day and these were like older dudes. It was every man for himself. That's what made me a man, having to fend for myself and being in a situation where there is no dad, no grandma and no mom to help you." He began rapping a few years after his mother's death and gave himself the nickname "Notorious" in honor of Notorious B.I.G. He started going by "Tory Lanez," and after quitting school at age 16, he began performing at outdoor concerts.

Tory's follow-up, 2018's "Memories Don't Die," topped the Canadian Albums Chart and reached #3 on the "Billboard" 200 chart. His next two  albums, 2018's "Love Me Now?" and 2019's "Chixtape 5" reached #1 on the Top Rap Albums chart and cracked the top 10 on the "Billboard" 200, Canadian Albums Chart, and UK Hip Hop and R&B Albums Chart. During the COVID-19 pandemic, Tory began hosting "Quarantine Radio" on Instagram Live, and in September 2020, he released his fifth album, "Daystar," on his own label. The album reached #4 on the Top Rap Albums and Top R&B/Hip-Hop Albums charts. Lanez has performed on numerous tracks by other artists, such as G-Eazy's "Drifting" (2015), Busta Rhymes' "Girlfriend" (2017), and T-Pain's "Getcha Roll On" (2019). He has also been credited as a songwriter on tracks by Jeezy, Meek Mill, Fifth Harmony, and Alicia Keys. 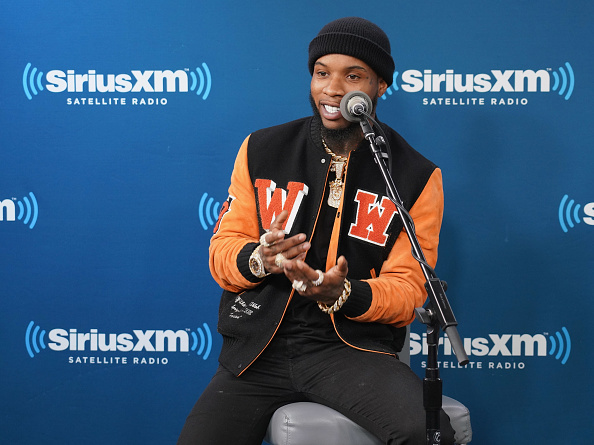 In July 2020, Lanez attended a house party that turned violent, and when police arrived, they found a concealed weapon in his car and arrested him. Fellow rapper Megan Thee Stallion was also in the car, suffering from an injury to her foot. Though it was initially reported that broken glass had caused the injury, Megan later revealed that it was actually a gunshot wound and that Tory was the shooter. Lanez received three felony charges in October 2020, including assault with a semiautomatic firearm, and a protective order was issued against him, prohibiting him from contacting Megan or coming within 100 feet of her. In August 2021, Tory violated the protective order, and his bail was increased to $250,000, up from $190,000. Lanez has feuded with several rappers, including Drake, Jacquees, and Joyner Lucas. After Tory and Jacquees ended their short-lived feud, they went on tour together. Lanez has a son named Kai, who was born in April 2017.