Tony Yayo net worth: Tony Yayo is an American rapper who has a net worth of $4 million. Tony Yayo was born Marvin Bernard in South Jamaica, Queens, NY, in March 1978. He is best known for being part of the hip group G-Unit along with 50 Cent and Lloyd Banks, and Young Buck.

The group released their first album Beg for Mercy in 2003. The album became certified double platinum. Yayo's debut album Thoughts on a Predicate Felon was released in August 2005. Tony Yayo has participated in helping aid the Haitian people after the 2010 Haiti earthquake. Yayo is of Haitian descent and has worked with multiple charities. He signed with Interscope Records in 2003 and was dropped from the label in 2009. Yayo spent 2003 in prison and was released in January 2004. One day later he was arrested again and was in prison until May of that year. In 2007 he faced more legal charges and was arrested for the alleged assault of a 14 year old boy. The charges were dropped in 2008. Yayo is the CEO for the record label G-Unit Philly. He took his name from Tony Montana in the film Scarface and the slang world for cocaine. He has a daughter, Maniyah, born in 2003, and a son, London, born in 2008. 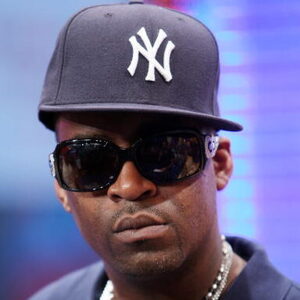