T.I. is an American rapper, actor, songwriter, producer, entrepreneur, record executive, and author who has a net worth of $20 million. T.I. is known for being one of the rappers to popularize the hip hop subgenre of trap music along with Gucci Mane and Jeezy.

T.I. was born Clifford Joseph Harris, Jr. on September 25, 1980, in Alabama, He is the son of Clifford "Buddy" Harris Sr. and Violeta Morgan. He was raised by his grandparents in Atlanta's Center Hill neighborhood. His father lived in New York City. T.I. isited him frequently while growing up. He started rapping when he was just eight years old. T.I. dropped out of to launch a music career. T.I. was a drug dealer after leaving high school and as a result, we arrested a number of times. He was given the nickname Rubber Band Man because he wore rubber bands on his wrist as a sign of how much money he was making. "Rubber Band Man" became one of the rapper's first singles.

In 1999, Harris signed his first major-label record deal with LaFace, a subsidiary of Arista. Harris was released from Arista and signed with Atlantic, where he created his own label, Grand Hustle Records, in 2003.  As of this writing, Harris has released ten studio albums. Seven of his albums have reached the top five of the Billboard 200 chart. His single "Live Your Life," became a number one hit, replacing his other song "Whatever You Like" at the top of the charts, making him one of a very small group of musical artists to have one of their own songs knock their other song out of the number one slot and occupy the first and second positions on the chart simultaneously.

In 2003, T.I. started to get a lot of attention thanks to his featured performance on rapper Bone Crusher's "Never Scared" single. That same year he released his iconic album "Trap Muzik," which contains the hit singles "Rubber Band Man" and "Let's Get Away. The following year he and Lil' Wayne appeared on Destiny's Child hit "Soldier." T.I. also released his "Urban Legend" album that year. His 2008 album "Paper Trail" was his most successful to date and the third album of his to reach #1.

T.I. was featured with Pharrell Williams on the number one hit Robin Thicke song "Blurred Lines."  That same year (2013), his 10-year deal with Atlantic expired and he signed with Columbia Records. He released "Paperwork" in 2014 and "Dime Trap" in 2018. 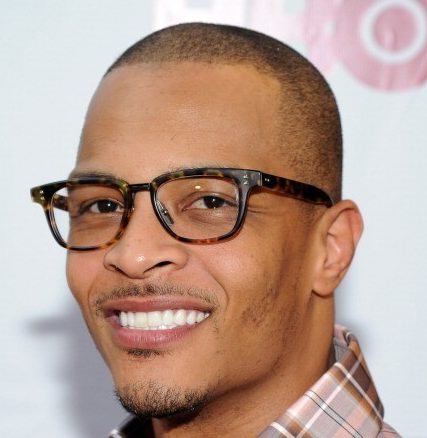 T.I. is also no stranger to controversy. Harris has served two terms in county jail, twice for probation violations and a federal prison bid for a U.S. federal weapons charge. On September 1, 2010, T.I. and his wife Tiny were arrested for drug charges.  The arrest for drug charges led to T.I. being sentenced on October 15, 2010, to 11 months in prison for violating the terms of his probation. He was found in possession of ecstasy, tested positive for opiates, and had been associating with a convicted felon, his P$C cohort C-Rod. On October 25, the drug charges against T.I. were dropped. On November 1, T.I. reported back to the Forrest City Federal Facility to serve his 11-month sentence.

T.I. and Tameka "Tiny" Cottle started dating in 2001 and married on July 30, 2010, in Miami. Tiny and T.I. share two sons and one daughter together. T.I. also has two sons and a daughter with two different women and a stepdaughter through Tiny.

His stage name originally came from his childhood nickname "Tip," after his paternal great-grandfather.

In October 2015, T.I. made a controversial statement about 2016 presidential candidate Hillary Clinton: "Not to be sexist but, I can't vote for the leader of the free world to be a woman. Just because, every other position that exists, I think a woman could do well. But the president? It's kinda like, I just know that women make rash decisions emotionally – they make very permanent, cemented decisions – and then later, it's kind of like it didn't happen, or they didn't mean for it to happen. And I sure would hate to just set off a nuke. [Other leaders] will not be able to negotiate the right kinds of foreign policy; the world ain't ready yet. I think you might be able to [get] the Loch Ness Monster elected before you could [get a woman]." Following the reaction from social media, T.I. publicly apologized on Twitter.

In November 2019, T.I. faced huge backlash after telling the Ladies Like Us podcast that he accompanied his 18-year-old daughter annually to have her hymen checked to by a gynecologist to confirm her virginity.

In July 2020, T.I.'s daughter Deyjah Harris explained that the whole hymen incident traumatized her and she's been keeping her distance from her dad as a result. On July 27, she tweeted: "watch how you speak to your children. i don't care how old they are, they still deserve the same respect that you expect in return. i still love you .. but from a distance. not because i don't care about you, but more so for the sake of my own well-being and inner peace." 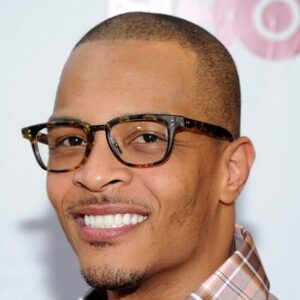