Three 6 Mafia Net Worth: Three 6 Mafia is a hip-hop group who has a combined net worth of $20 million dollars. Originally from Memphis, Tennessee, the Three 6 Mafia began as an exploitative, horror-themed underground hardcore rap sensation (called 666 Mafia in its early years) and went on to experience relatively mainstream success years later, eventually even winning an Oscar and scoring a few major hits.

The group's members varied from album to album, with the one constant being the duo of Juicy J and DJ Paul. Other notable Mafia affiliates at one time or another include Crunchy Black, Gangsta Boo, Lord Infamous, Koopsta Knicca, La' Chat, Project Pat, Killa Klan Kaze, and Indo G. The production prowess of Juicy and Paul also brought about a number of side projects (Tear da Club Up Thugs, Hypnotize Camp Posse, Da Headbussaz) as well as independent label ventures. Three 6 Mafia dates back to the early '90s, when they were known as Triple Six Mafia. Many doors began opening for Three 6, including the unlikely Oscar win in early 2006 (for Hard out There for a Pimp from the film Hustle & Flow). Capitalizing on the success, Sony reissued Most Known Unknown in 2006 with some new tracks, including a remix of Side 2 Side, which featured Kanye West. Keeping tabs on the group membership alone has been challenging. Juicy and Paul rarely kept a consistent stable of rappers and with each departure came drama; Gangsta Boo allegedly left after finding religion whereas Project Pat spent time behind bars. On December 21, 2013, founding group member Lord Infamous died of a heart attack in his sleep at his mother's home in Memphis, Tennessee. Gangsta Boo left the group in May 2014. The reunited group's album, Watch What U Wish was released in 2014. In October of 2015, Koopsta Knicca also passed away from a stroke. He was 40, the same age as Lord Infamous – the other Three 6 Mafia member who passed away in 2013. 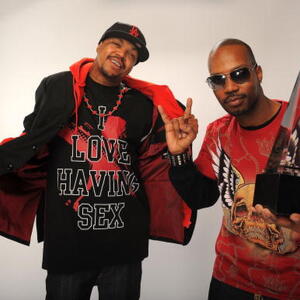