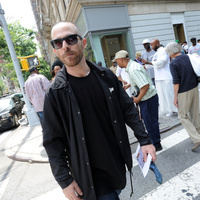 The Alchemist Net Worth

The Alchemist net worth: The Alchemist is an American rapper, DJ, and record producer who has a net worth of $5 million. The Alchemist was born in Beverly Hills, California in October 1977. He started his career in 1991 as part of the hip hop duo The Whooliganz. The Alchemist became a close associate of the groups Mobb Deep and Dilated Peoples in the late 1990s and then started producing for many popular hip hop artists in the 2000s. The Alchemist is currently an in-house record producer for Shady Records and works as a DJ with Eminem. As an artist The Alchemist has released the solo albums 1st Infantry in 2004, Chemical Warfare in 2009, and Russian Roulette in 2012. He has produced albums for artists such as Dilated Peoples, Terror Squad, Mobb Deep, Pharoahe Monch, Royce da 5'9″, Everlast, Prodigy, Big Pun, Jadakiss, Fat Joe, Ghostface Killah, Nas, Linkin Park, 50 Cent, Snoop Dogg, Cypress Hill, Nelly, Lil Wayne, Fabolous, Raekwon, B.o.B, and Rick Ross.