Tego Calderon net worth: Tego Calderon is a Puerto Rican singer and actor who has a net worth of $3.5 million dollars. Tego Calderon has released five studio albums since 2003, beginning with "El Abayarde", which sold 50,000 copies when it was released. He is credited with bringing reggaeton to the masses and has received high critical praise from a number of music reviews, including reviews in The New York Times.

Tegui Calderon Rosario was born in Santurce, Puerto Rice in February 1972. As a child he moved from Puerto Rico to Miami, Florida. He studied percussion and worked as a drummer in a rock band. He was influenced by Puerto Rican and jazz music. His style eventually combined salsa, dancehall, hip-hop and plena. In 2002 his debut album El Abayarde was released. He became the first rap artist to perform at the Puerto Rican National Day of Salsa. He has been featured in remixes for Usher, Fat Joe, N.O.R.E, and Akon. He participated in New York's Puerto Rican day parade in 2004 and 2005. He has released four studio albums, two mixtape albums, and three soundtrack albums. His 2006 album The Underdog made it to #2 on the US Latin charts. He made his acting debut in the film "Illegal Tender". He is featured as Leo Tego in Fast & Furious and Fast Five of the Fast and the Furious franchise. 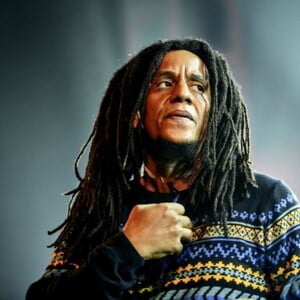