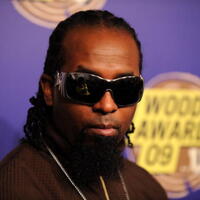 What is Tech N9ne's net worth?

Tech N9ne is an American rapper who has a net worth of $20 million. The rapper Black Walt gave him the name Tech N9ne due to his fast rapping style being similar to a TEC-9 semi-automatic handgun. He has sold more than two million albums and his music has been featured in television, movies, and video games.

Between 2012 and 2016 Tech earned enough money to be one of the 10 highest-paid rappers on the planet. During that time period alone he earned $30 million.

Tech N9ne was born Aaron Dontez Yates in Kansas City, Missouri on November 8, 1971. He was raised in Kansas City and began rapping before he could even read or spell. His father Carlton Cook was estranged from the family and his mother suffered from epilepsy and lupus while Yates was growing up. This affected him emotionally and inspired him to "search for God," in his own words. Yates would often spend his time exploring abandoned buildings with his friends, hoping to catch a ghost on film. He graduated from Southwest High School in Kansas City.

In 1991 he was part of the group called Black Mafia. He also was a part of groups 57th Street Rogue Dog Villains and Nnutthowze. He joined the group The Regime in 1997, which was formed by rapper Yukmouth, and in 1998 was featured on the soundtrack for Gang Related. He was featured by artists Eminem, RZA, and Xzibit. He co-founded the record label Strange Music in 1999. His debut studio album The Calm Before The Storm was released in 1999. He then released the album "The Worst" in 2001. Yates found some underground success later that year when he released the album "Anghellic" for JCOR Records. After disputes arose around the promotion of the album, he severed ties with JCOR and they were allowed to retain rights to the album.

The album Absolute Power was released in 2002 and reached #3 on the US Indie chart. Tech N9ne's albums Everready (The Religion) in 2006 and Misery Loves Kompany in 2007 reached #2 and #3 on the same chart respectively. His albums Killer in 2008, K.O.D. in 2009, The Gates Mixed People in 2010, All 6's and 7's in 2011, Strangeulation in 2014, Special Effects in 2015, and Strangeulation Vol. II in 2015 all reached #1 on the US Indie chart. His best-known singles are "Fragile" which was released in 2013 and features Kendrick Lamar, !Mayday!, & Kendall Morgan and "Hood Go Crazy" featuring B.o.B. and 2 Chainz which was released in 2015. He has appeared in the films Big Money Rustlas, Vengeance, and Night of the Living Dead: Origins 3D. Tech N9ne seems to release new albums almost as rapidly as his delivery style.

In November 2015, Tech N9ne released "Strangeulation Vol. II," the sixth album in his "Collabos" series and 16th album overall. It features JL, Ryan Bradley, and Tyler Lyon. In January 2016, Tech released a remix of Marilyn Manson's song "The Beautiful People" for Dr. Dre's "The Pharmacy." Later that spring, he went on tour with fellow Strange members for the Independent Powerhouse Tour. He later released his 17th album, "The Storm," a follow up to his 1999 debut album "The Calm Before the Storm." In 2017, Tech N9ne released "Dominion" and began the Strictly Strange 2017 tour. On June 20, 2017, he earned his first platinum record in 18 years for "Caribou Lou," In March 2018, Tech N9ne released "Planet," his 20th studio album. He released his 21st studio album "N9na" in April 2019. A year later, on April 10, 2020, his 22nd album "Enterfear" was released. On July 29, 2020, Tech N9ne was featured on a single by Slipknot called "CMFT Must Be Stopped." In October of that same year, Tech released a new project titled "Fear Exodus."

Yates music has appeared in several films such as "Gang Related," "Alpha Dog," "Our Heroes," and "Born 2 Race." His song "Let's Go" was used in an online promotional short film for AXE body spray. His music has also appeared in video games "Madden NFL 2006," "The Crew," "25 to Life," and others. Tech N9ne's has appeared on several TV shows including "I'm From Rolling Stone," "Dark Angel," "My Super Sweet 16," "The Hills," "Spike Guys' Choice Awards," and "Warren the Ape." His song "Earthquake" was featured in an episode of MTV's "America's Best Dance Crew." In 2015, the song "Give It All" from the album "Special Effects" was used during Inside the NBA's "Tip-Off" for Game 4 of the Eastern Conference Finals.

It was announced in May 2018 that Yates had teamed up with Boulevard Brewing Company, based in his hometown of Kansas City, to create a new beer. It was released on June 18 of that year in Kansas City, Wichita, Denver, and Oklahoma City. It was named Bou Lou as a reference to his song "Caribou Lou." It's a wheat beer with pineapple and coconut flavors. It later went on sale in the St. Louis market.

Tech N9ne was married to Lecoya LeJeune in 1995. The couple separated in 2005. Yates filed for a divorce ten years after that and it was not finalized until November 2017, 12 years after they were initially separated.