What is Teairra Mari's Net Worth?

Teairra Mari is an American singer-songwriter, actress, model, and dancer who has a net worth of $500 thousand. Teairra Mari began singing while in elementary school, encouraged by her grandmother, a former professional singer. She caught the attention of a group of producers in Detroit, and they groomed her for a professional recording career. She was subsequently introduced to Antonio "L.A." Reid and other executives at Island Def Jam Records. They signed her immediately and she began working with Jay-Z on her debut album. Her self-titled debut studio album was released in 2005 on Roc-A-Fella and Def Jam recordings. The album sold nearly a million copies and peaked at #5 on the Billboard 200 and #2 on the US R&B charts. The album contained the single "Make Her Feel Good" which reached #9 on the US R&B and #35 on the Billboard Hot 100 charts.

Teairra Marí was born Teairra Marí Thomas on December 2, 1987, in Detroit, Michigan. Marí began singing when she was in elementary school at the urging of her grandmother, who had reportedly worked as a backup singer for Aretha Franklin. Teairra's parents encouraged her to pursue a music career, and at age 16, she recorded a demo and landed an audition with Antonio "L.A." Reid, the CEO of The Island Def Jam Music Group. According to Shakir Stewart, vice president of A&R at Def Jam, "Teairra was a star when she walked into the room. She captured the room when she did her audition. We fell in love with her from day one."

Jay-Z signed Marí to Def Jam and collaborated with her on "Make Her Feel Good," the lead single from "Roc-A-Fella Records Presents Teairra Marí." The single received heavy airplay on BET, and the album, which was released on August 2, 2005, spawned two more singles, "No Daddy" and "Phone Booth." The music video for "No Daddy" spent 16 days as one of  the most requested videos on MTV's "Total Request Live," peaking at #4. After the release of her debut album, Teairra performed on LL Cool J's "Preserve The Sexy" (2006) and Tone Tone's "Sidekick" (2007) and modeled for Rocawear, a clothing line launched by Damon Dash and Shawn Carter of Roc-A-Fella Records. In 2006, Marí began working on her second album, but production halted halfway through the album, and she was soon informed that she had been dropped from the label. In 2008, she signed with Violator, then changed her mind and decided to enter into a development deal with Fo' Reel and began working on a new album. That year Teairra released the singles "No No" and "Hunt 4 U" (featuring Pleasure P), and she performed on Candy Hill's "Head Gone," Lil' Fizz's "Choose U," Pleasure P's "Did You Wrong (Remix)," R$K's "Tatted," and Mario's "Like a Candle." The following year, she released two more singles, "Cause a Scene" (featuring Flo Rida) and "Automatic" (featuring Nicki Minaj). 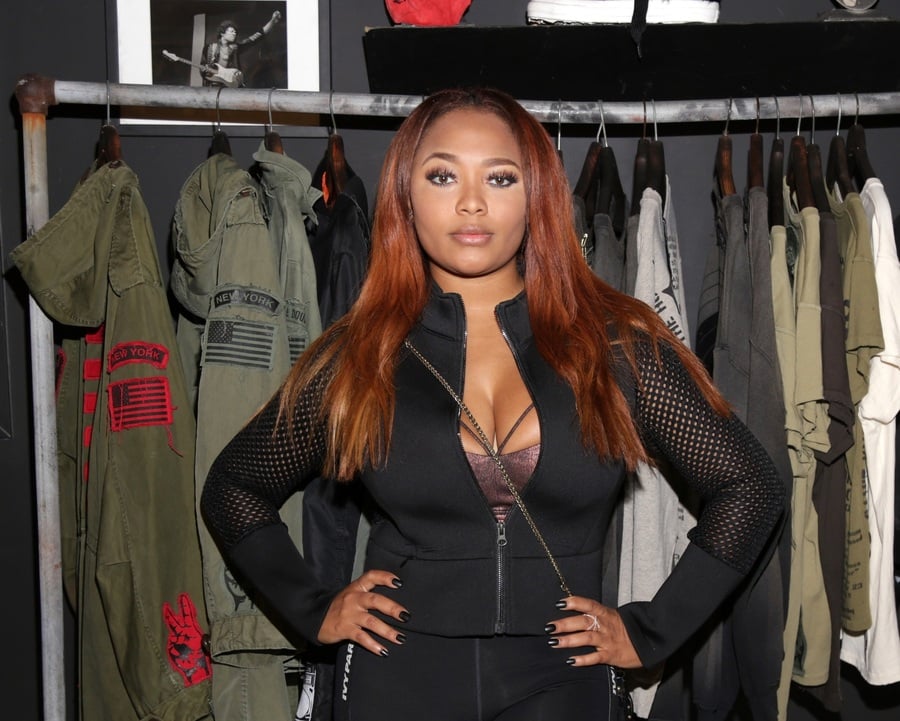 In June 2019, Teairra was pulled over in Queens while driving without one of her front tires. The police reported that she smelled of alcohol, and she was charged with DWI. A few months later, Marí pleaded guilty to operating a motor vehicle while under the influence, and she was ordered to attend an impaired driver program and a victim impact panel, take DWI courses, and install a breath alcohol ignition interlock device in her vehicle. Her driver's license was also suspended for six months. Teairra was previously charged with DWI in Beverly Hills in 2011.

In May 2018, she sued rapper 50 Cent after he posted sexually explicit images of her on his Instagram account. Marí's ex-boyfriend, Akbar Abdul-Ahad, was also included in the lawsuit because the images were posted on Teairra's Instagram account as well, and she believed that Akbar had logged into her account to post the photos. She stated, "Recently, my social media was compromised by someone who I felt was deserving of my love and trust. That person proved to be untrustworthy and posted footage of what in the moment was private and sacred." A judge dismissed the case and ordered her to pay 50 Cent $30,618 in legal fees and later added an additional $4,4492. In May 2021, 50 Cent began the process of attempting to seize Marí's assets.