Tana Mongeau net worth: Tana Mongeau is an American internet personality and rapper who has a net worth of $4 million. Her biggest platform is probably her YouTube channel, on which she has more than 5 million subscribers, and she's best known for her series of "Storytime" videos on the channel. She has leveraged her initial popularity on YouTube into everything from a music career to a show on MTV.

Early Life: Tana Mongeau was born in Las Vegas, Nevada on June 24, 1998. She also grew up in Las Vegas, eventually starting her self-titled YouTube channel in 2015, and eventually grew in popularity to millions of viewers.

Career: She is best known for her storytime videos. In 2017 she posted that she was under investigation by the FBI because someone hacked into her email sending bomb threats, and her ability to court controversy (her first big break on YouTube was a video entitled "KICKED OUT OF WALMART") has led to her continued success on YouTube. But it didn't prevent her from crossing over to other industries, putting out her debut single "Hefner" also in 2017. The song was, naturally, accompanied by an official music video that featured actress Bella Thorne. As if the debut single wasn't enough, Mongeau appeared on the television series Maury on that same month in 2017. The following month, in December of 2017, she collaborated with fellow YouTube celebrities Lil Phag and Dr. Woke on a song called "Deadahh," while her second and third singles "W" and "F**k Up" were released in March and August 2018, respectively. She was also a featured artist on two songs on the 2018 album "God Hates Lil Phag": "Clout 9" and "Four Loko." 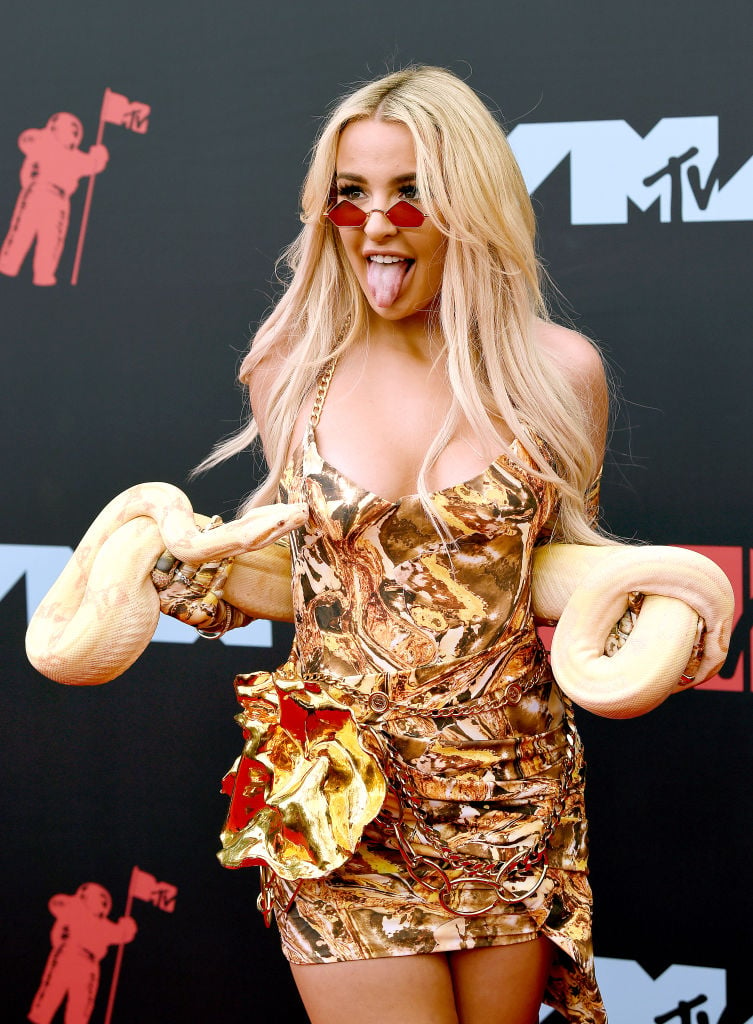 She hosted her own convention called TanaCon in 2018 and the event was said to be a disaster, frequently compared to Fyre Fest, with attendees yelling for refunds. Tana Mongeau issued refunds and released a three-part documentary video about the event. And in 2019 she began starring in the MTV reality series "Tana Turns 21," around the same time as the release of her fourth solo single and music video, "FaceTime."

As one of the most popular performers on YouTube, Mongeau has racked up a few credits on some original series on the platform. She appeared on four episodes of "Shane and Friends," and in 2017 she starred on the murder mystery show "Escape the Night." In 2019, the same year that her aforementioned MTV reality series premiered, she also starred in the YouTube series "No Filter."

Mongeau is part of a new generation of celebrities and performers who capitalize on controversy rather than shying away from it. In 2017, she was arrested for underage drinking at the Coachella Valley Music and Arts Festival, and days later she was selling t-shirts bearing the image of her mugshot. According to a Business Insider interview with Mongeau's talent manager Jordan Worona, sales of the t-shirts generated $40,000 in revenue in just two days. But the nature of much of Mongeau's content has made her a self-described "struggling demonetized influencer," which means that unlike a lot of successful YouTubers she doesn't make much money from advertising on the platform due to the site's practice of demonetizing videos that contain controversial or offensive content. So she's had to make up the difference by selling merchandise and creating sponsored content for brands that aren't afraid of a little bit of controversy (or "authenticity" in marketing terms), like Lounge Underwear.

Personal Life: Between sometime in the summer of 2017 and February of 2019, Mongeau was in a relationship with Bella Thorne. Then, in the spring of 2019, she began dating fellow YouTuber Jake Paul, and in June she announced their engagement to be married. Later, toward the end of July, the couple was wed at Las Vegas's Graffiti Mansion. But Mongeau later admitted that the ceremony was not in fact an official one, and after briefly changing her social media display names to "Tana Paul" she'd changed them back by the beginning of 2020. 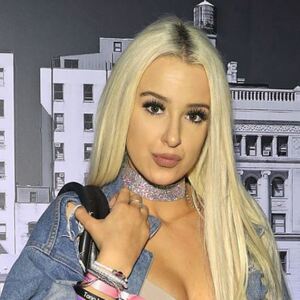