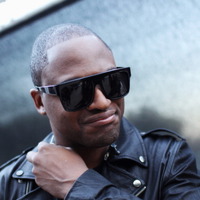 Taio Cruz Net Worth: Taio Cruz is a British musician, producer and businessman who has a net worth of $10 million. Born Jacob Taio Cruz in London, England, in 1985, Taio Cruz began writing songs as a kid and turned professional with Tricky Stewart before his 20th birthday. He won his first award in 2005 for co-writing "Your Game" for Will Young. His debut single, "I Just Wanna Know", launched under his own label, Rockstarr Music London, a year later. Cruz's second single, "Moving On", charted in the U.K. before "Come On Girl" landed at number five. His album, "Departure", climbed to number 17 on the U.K. charts. In 2009, his single "Break Your Heart" off his follow-up album topped the charts and was nominated for Best British Single at the Brit Awards in 2010. The single gained popularity overseas, also claiming the top spot on the Billboard Hot 100 in the United States. Since 2008, Cruz has released three studio albums with his fourth, "#Black", due out sometime in 2014. He's also been credited on songs performed by David Guetta, Ludacris, Jennifer Lopez, Justin Bieber and Cheryl Cole. He is an active supporter of Little Kids Rock, which encourages the development of music programs for disadvantaged youth in schools.