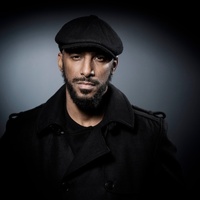 Stomy Bugsy Net Worth: Stomy Bugsy is a French rapper and actor who has a net worth of $10 million. Stomy Bugsy was born in Paris, France in May 1972. Bugsy was a part of the French hip hop group Ministere AMER which formed in 1990. The group released their debut studio album Pourquoi tant de haine in 1992 and their follow up 95200 in 1994. Bugsy left the group in 1996 to focus on his solo career. As an actor he first appeared in the 1997 film Ma 6-T va crack-er. Bugsy has also starred in the movies Carla, All About Love, Pretty Things, Dead Weight, Shooting Stars, La fleuve, Payoff, Neg maron, Shadows in the Sun, Arthur and the Invisibles, Aliker, and Bye Bye Blondie. In September 2014 Ministere AMER reunited for a concert and best-of album.