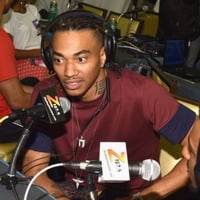 Snootie Wild net worth: Snootie Wild is an American hip hop recording artist and reality television personality who has a net worth of $100 thousand. Snootie Wild was born LePreston Porter in April of 1985 and grew up in Memphis, Tennessee. Snootie Wild played sports in high school but was unable to pursue an athletic career after being stabbed in the knee at the age of 17. He then began a "life of crime" which eventually landed him in prison for four years. In prison, he began to develop his rapping skills which he would continue upon his release. He made a name for himself with his debut single "Yayo", the success of which helped launched his career. The song charted in both the Billboard Hot R&B/Hip-Hop Songs and Hot Rap Songs charts. In October 2013, it was announced fellow Memphis-based rapper Yo Gotti had signed Wild to his Collective Music Group (CMG) imprint. In December 2013, it was revealed Wild had secured a recording contract with Epic Records. He has since performed several times with Gotti, including on Gotti's national tour and a performance at B.B. Kings in New York. Wild released the music video for "Yayo" in March 2014 and also performed at the 2014 SXSW Interactive, in early 2014. On September 23, 2014, Snootie Wild released his debut EP Go Mode, which feature six tracks, three of them being "Yayo," "Made Me" (featuring K. Camp), and "No Kissing" (featuring Zed Zilla), which were previously released. Snootie Wild is also a recurring cast member on the fifth season of the hit VH1 reality series, Love and Hip Hop: New York.