Smokepurpp net worth: Smokepurpp is an American rapper who has a net worth of $4 million. Smokepurpp was born in Chicago, Illinois in May 1997. He was originally a producer and has been associated with the SoundCloud rap movement. Smokepurpp released the song "Audi" that went viral on SoundCloud. His debut mixtape Deadstar was released in 2017 and his debut studio album Up Now, F*** Next was released in 2017. Smokepurpp's mixtape reached #42 on the Billboard 200 chart. He grew up in Miami and began producing because he was bored. He started rapping before dropping out of high school. He signed with Interscope Records and Alamo Records in 2017. Smokepurpp's single "Audi" has had more than 25 million plays on SoundCloud and 33 million on Spotify. The mixtape Deadstar included artists such as Juicy J, Chief Keef, and Travis Scott. Smokepurpp later signed with Cactus Jack Records. He has also been associated with other artists including Lil Pump and DRAM. 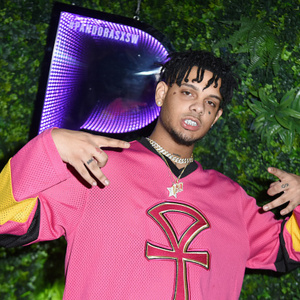