Slick Rick Net Worth: Slick Rick is an English rapper and record producer who has a net worth of $3 million. Also known as "Rick the Ruler," "MC Ricky D," and "hip hop's greatest storyteller," Slick Rick first became known for his work with Doug E. Fresh & the Get Fresh Crew, particularly the 1985 tracks "The Show" and "La Di Da Di," which were some of the earliest hip hop classics. "La Di Da Di" has been sampled more than almost any other song in music history. Rick has released the albums "The Great Adventures of Slick Rick" (1988), "The Ruler's Back" (1991), "Behind Bars" (1994), and "The Art of Storytelling" (1999), and his music has been sampled by artists such as Beyoncé, Snoop Dogg, Mariah Carey, The Notorious B.I.G., and the Beastie Boys. According to the website WhoSampled, Slick Rick's music has been sampled more than 1700 times, and he is ranked at #14 on the website's list of the most sampled artists. Though he is primarily known for music, Rick has also appeared in the films "Whiteboyz" (1999), "Brooklyn Babylon" (2001), and "True Vinyl" (2004), and he lent his voice to an episode of "Yo Gabba Gabba!" in 2015.

Early Life: Slick Rick was born Richard Martin Lloyd Walters on January 14, 1965, in Mitcham, London, England. His parents are Jamaican, and the family moved to the United States in 1976. Rick grew up in the Baychester area of the Bronx, and he attended Fiorello H. Laguardia High School of Music & Art. While attending the school, he majored in visual art and met Dana Dane, who he formed the Kangol Crew with. Rick entered a talent showcase in 1984 and met Doug E. Fresh there, soon becoming a member of Doug's Get Fresh Crew, along with DJ Chill Will and DJ Barry B. Rick began wearing an eye patch as a child because broken glass blinded him in his right eye when he was an infant. 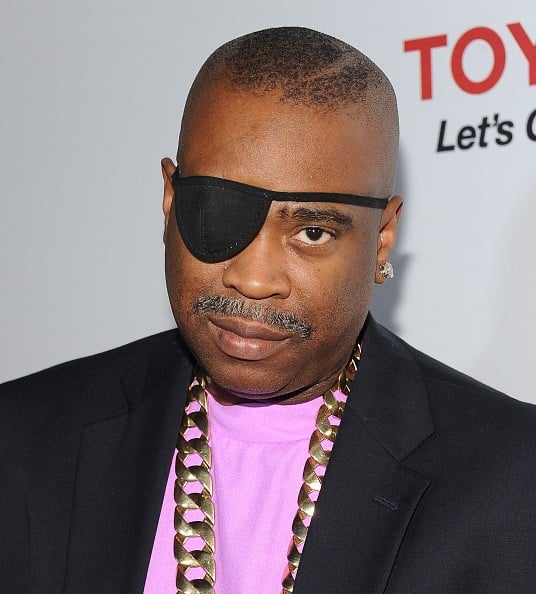 Career: Doug and the Get Fresh Crew recorded "The Show" and "La Di Da Di" with New Jersey-based record label Danya/Reality Records in 1984. The following year, the songs were released as a 12″ single, which went Gold and reached #4 on the "Billboard" Hot R&B/Hip-Hop Songs chart and #7 on the UK Singles Chart. Rick left the group in 1986 and joined Rush Artist Management, Russell Simmons' company, and became the third artist to sign with Def Jam Records. Slick Rick produced his debut album, "The Great Adventures of Slick Rick," which was released on November 3, 1988. The Platinum album hit #1 on the Top R&B/Hip-Hop Albums chart and #31 on the "Billboard" 200 chart. The singles "Teenage Love," "Children's Story," and "Hey Young World" all broke the top 20 on the Hot Rap Songs chart. Rick released his follow-up, "The Ruler's Back," on July 2, 1991, and it featured the singles "I Shouldn't Have Done It," "Mistakes of a Woman in Love with Other Men," and "It's a Boy." The album reached #29 on the "Billboard" 200 and #18 on the Top R&B/Hip-Hop Albums chart.

Slick Rick's third album, "Behind Bars," was released on November 22, 1994, while he was in prison, and it reached #11 on the Top R&B/Hip-Hop Albums chart and included the singles "Behind Bars" and "Sittin' in My Car." On May 25, 1999, he released the Gold album "The Art of Storytelling." His highest-charting album, "The Art of Storytelling" peaked at #1 on the Top R&B/Hip-Hop Albums chart and #8 on the "Billboard" 200. The album featured performances by OutKast, Nas, and Snoop Dogg, and the "Los Angeles Times" called it the "triumphant return of rap's premier yarn-spinner." In 2014, Rick took part in will.i.am's "Trans4M" concert, a benefit that raised more than $2 million for the i.am.angel Foundation, and he released the single "Snakes of the World Today" in 2018. He has appeared on several tracks by other artists, including "I Like" by Montell Jordan (1996), "Irresistible Delicious" by Missy Elliott (2005), and "Hip Hop Police" by Chamillionaire (2007), and he performed on the Westside Gunn album "Who Made the Sunshine" in 2020.

Personal Life: Rick married Mandy Aragones in April 1997, four years after meeting her at a Manhattan nightclub. Rick has two children from a previous relationship, son Ricky and daughter Lateisha. Rick and Mandy have donated several items from his collection to Washington, D.C.'s Smithsonian National Museum of African American History and Culture. In 1989, Rick's mother, Veronica, hired his cousin, Mark Plummer, to be his bodyguard, but after Plummer tried to extort money from him numerous times, Slick Rick fired him. Plummer then tried to rob Rick several times and threatened his life as well as Veronica's, so he bought a few guns for protection after finding bullet holes in the front door of his home. On July 3, 1990, Rick saw Plummer in his neighborhood and fired shots at him, hitting Mark and accidentally shooting a passerby in the foot. After pleading guilty to attempted murder, assault, criminal possession of a weapon, and use of a firearm, Rick spent two years in prison on attempted murder charges and three years in prison for immigration-related charges. He was released in 1997, and in May 2008, he was pardoned of the attempted murder charges by New York Governor David Paterson. 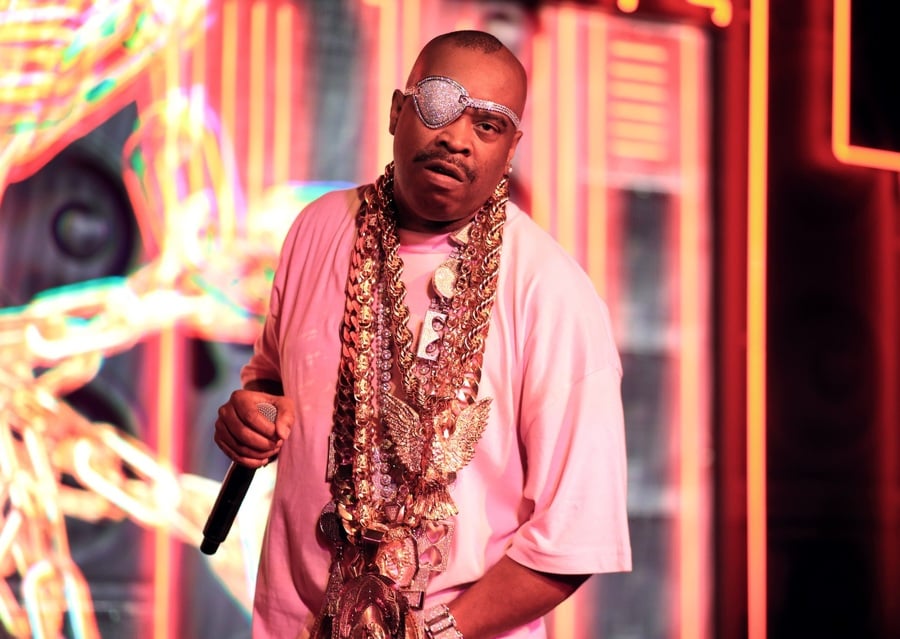 In June 2001, Slick Rick was arrested by the Immigration and Naturalization Service (INS) while entering the U.S. through Florida after performing on a Caribbean cruise ship. INS agents informed Rick that he was being deported due to a law stating that "any non-citizen who serves more than 5 years in prison must be deported." After being refused bail numerous times, he was released from prison after 17 months, in November 2003. Rick officially became a U.S. citizen in 2016 and retains his U.K. citizenship. After receiving his American citizenship, he stated, "I am so proud of this moment — and so honored to finally become an American citizen…This has been a long time coming for me, and I am relieved to finally put this long chapter behind me." In 2020, Rick and Mandy co-founded the Victory Patch Foundation, which "uplifts underserved and overlooked communities through making active positive outreach, administering social programs, and unlocking access to resources."

Awards and Honors: In 2008, Slick Rick was a VH-1 Hip Hop Honors honoree, and in 2015, he was presented with a Mixx Cares Humanitarian Award for his "his contributions to music and public service." He was ranked #11 on About.com's "The 50 Greatest Rappers of All Time" list and #15 on "The Source" magazine's "Top 50 Lyricists of All Time" list. Rick earned a Grammy nomination for Montell Jordan's "This Is How We Do It" (Best Male R&B Vocal Performance), which samples "Children's Story." 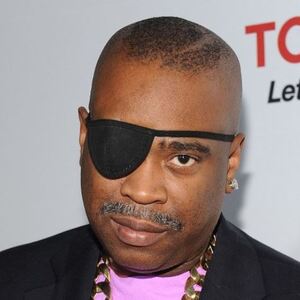