Skizzy Mars net worth: Skizzy Mars is an American rapper, songwriter, and record producer who has a net worth of $3 million. Skizzy Mars was born in Harlem, New York in June 1993. He released the mixtapes Phases in 2013 and Pace in 2014. Skizzy Mars released the extended play The Red Balloon Project in 2015 which reached #35 on the Billboard 200 chart. He also released the EP Are You Ok? in 2018. His debut studio album Alone Together was released in 2016 and reached #50 on the Billboard 200 chart. He was featured on the single "Steady 1234" by DJ Vice featuring Jasmine Thompson which reached #71 in Czechoslovakia. Skizzy Mars has collaborated with other artists including Miniature Tigers, Chinah, G-Eazy, and Marc E. Bassy. He attended Union College pursuing a sports journalism major but dropped out after 10 weeks to start his rap career. He has been associated with Atlantic Records as well as APG and PHM. 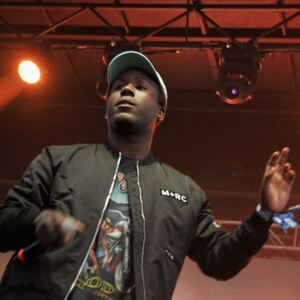