Ski Mask the Slump God released his debut studio album Stokeley in 2018 and the album reached #4 on the US R&B/Hip-Hop chart and #6 on the Billboard 200 chart. He has released the mixtapes Drown in Designer in 2016, YouWillRegret in 2017, and Beware the Book of Eli in 2018. He was also featured on a mixtape with XXXTentacion and on two mixtapes with Members Only. Ski Mask the Slump God's single "Nuketown" (featuring Juice Wild) reached #10 on the NZ Hot chart and his single "Foot Fungus" reached #8 on the same chart. He has signed with Republic records. 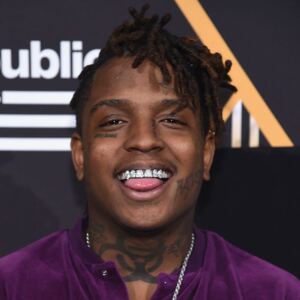