Siya net worth: Siya is an American rapper and reality television personality who has a net worth of $400 thousand. She is probably best known for appearing on the Oxygen reality series, Sisterhood of Hip Hop. She was born Michele Sherman in 1987 in California, and was raised in Bed-Stuy, a legendary Brooklyn hotbed of influential hip hop music.

Like many in her neighborhood, she grew up with her share of challenges, and music became an outlet for her. She started rapping at the age of seven, and pursued her career in Atlanta, New York and Los Angeles, ultimately signing with R&B legend, Tank, and moving to Los Angeles. Siya came out at a young age and is famed for being an openly gay female rapper. She has performed alongside artists like Wyclef Jean at the world famous B.B. Kings, and opened up for Fat Joe and Fabulous during a concert at Nassau Coliseum in Long Island. She released her single, "the Real MVP" and "One Hunnid" in September 2014. In 2015, she also released a mixtape entitled "Better Late Than Never. In addition to music, Siya was also cast by Flavor Unit Entertainment (founded by Queen Latifah and Shakim Compere) for a role in an upcoming film staring Lorenz Tate, Meagan Good and Lance Gross. 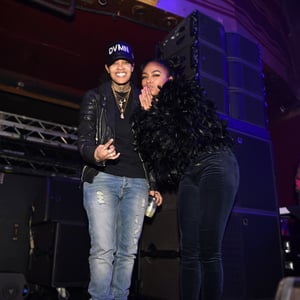