Shyne Net Worth: Shyne is a Belizean rapper who has a net worth of $2 million dollars. Born Jamal Barrow on November 8, 1978 in Belize City, Belize, Shyne was branded by a much-publicized legal skirmish which resulted in a ten-year prison sentence. Shyne was well-known among the public before Bad Boy Records even released his debut album. The album charted well, thanks in part to all the media attention he received over the years. The album wasn't especially memorable. The rapper had joined Puffy's Bad Boy camp in 1999, shortly before the violent episode that same year. That night, a shooting occurred at Club New York in Manhattan, which led Shyne, Puff Daddy and Puffy's then-girlfriend Jennifer Lopez to flee the scene. Three people were wounded and when police caught up with the fleeing Bad Boys they ultimately charged Shyne and Puffy with numerous crimes, including attempted murder, one count of reckless endangerment, criminal use of a firearm and criminal possession of a weapon, felony gun possession, as well as one count of bribing a witness (with a diamond ring Puffy had been given by Jennifer Lopez. The court hearings in June 2000 were a media circus. A year later, Puffy was acquitted of all charges and Shyne was convicted on two counts of assault, reckless endangerment and gun possession. Shyne admitted in court to firing a gun at the club, though he said it was in self-defense. Shyne was imprisoned and would not up for parole until 2009. The shooting scandal helped generate interest in the 2000 release of Shyne's self-titled album, which peaked at No. 5 on Billboard's album chart. The album, however, wasn't a bona fide success. Four years later, in April 2004, surprise news came that Def Jam records had signed the imprisoned rapper to a multi-million-dollar contract and a new album was slated for the end of that year. The reportedly forthcoming album, Godfather Buried Alive, did surface months later in August 2004 and, like its predecessor, it spun off no major hits and got a weak critical response 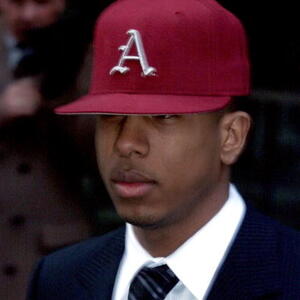