Shy Glizzy Net Worth: Shy Glizzy is an American rapper who has a net worth of $800 thousand. Shy Glizzy was born in Washington, D.C. in May 1993. Glizzy started rapping at a young age and has released numerous mixtapes. Glizzy is an unsigned artist but had success with his single "Awwsome".

Glizzy started his crew the Glizzy Gang which includes the rappers Piles, Ant, Snipe, 3, and Quette. Glizzy has spent some time incarcerated and earned his GED in prison. His father was murdered when Glizzy was 19 years old. He has also been involved in a beef with fellow DCs rapper Fat Trel and Chief Keef. Glizzy released his first mixtape No Brainer after he was released from prison. Some of his most popular songs include "3milli", "I am DC", "Disrespect The Tech", and "Free The Gang". 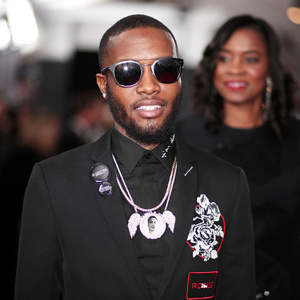