Shay Haley net worth: Shay Haley is an American rapper, musician, and producer who has a net worth of $6 million. Shay Haley was born in Portsmouth, Virginia in December 1972. He is best known for being a member of the funk rock band N*E*R*D. Haley provides drums, percussion, and backing vocals as well as production.

N*E*R*D formed in 1999 and released their debut studio album In Search Of… in 2002. Their album Fly or Die was released in 2004 and reached #6 on the Billboard 200 chart and #4 in the UK. N*E*R*D also released the albums Seeing Sounds in 2008 and Nothing in 2010. Their most successful single "She Wants to Move" reached #5 in the UK as well as #6 on the US Dance chart and the Top 10 in Italy and the Netherlands. They have also had success with the singles "Lapdance" (featuring Lee Harvey and Vita), "Rock Star", "Provider", "Maybe", "Hot-n-Fun" (featuring Nelly Furtado), and more. 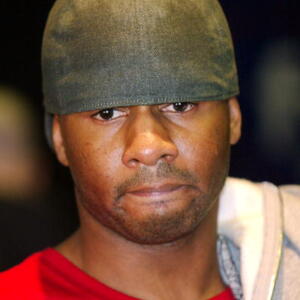