Sfera Ebbasta was born in Sesto San Giovanni, Lomardy, Italy in December 1992. He released his debut studio album XDVR with Charlie Charles in 2015 and the album reached #38 in Italy. Ebbasta released his self-titled album in 2016 and it reached #1 in Italy, #31 in Belgium, and #35 in Switzerland. He released the album Rockstar in 2018 and it reached #1 in Italy and #2 in Switzerland as well as #38 in Belgium. The album was 5x Platinum in Italy. He started his career by uploading videos on YouTube from 2010 to 2012. In 2018 he released a re-edition of the album Rockstar called Popstar Edition. In 2018 he was scheduled to perform at a nightclub but a panic-induced stampede took place, killing six and injuring several others. 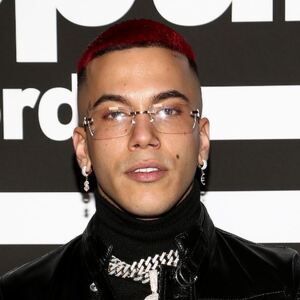