Sean Garrett Net Worth: Sean Garrett is an American singer, songwriter and record producer who has a net worth of $5 million. Sean Garrett earned his net worth writing and producing songs for many recording artists, as well as his talents as a rapper and singer.

He was born Garrett Hamler on born March 30, 1979, in Atlanta, Georgia. Garrett started to express his musical talent at an early age both writing and recording songs. Even though he preferred to call himself an artist rather than a musician, he decided to make a name for himself in business at first. Having graduated from the University of Maryland with a degree in business, he took a job as a mortgage broker in South Carolina. Luckily, he never gave up completely from making music and soon turned into a true hit-maker. Out of the chart-topping compositions that Garrett penned are Usher's Yeah!, Ciara's breakout single Goodies, Teairra Mari's debut Make Her Feel Good, Mario's Break Up, Nicki Minaj's first single Massive Attack, Pussycat Dolls's hit Buttons and Britney Spears' Toy Soldier. While when it comes to production, he teamed up with Swizz Beatz and together they earned the credits for several Beyoncé Knowles singles, i.e., Ring the Alarm, Get Me Bodied, Upgrade U, Check on It, Diva and Video Phone. As a performer, he released his debut album, Turbo 919, on June 24, 2008 via Interscope Records. Nowadays, he is working with Miley Cyrus on a song that may make the cut on her next album. Also, he has already started a new project with Island Def Jam recording artist Reign. 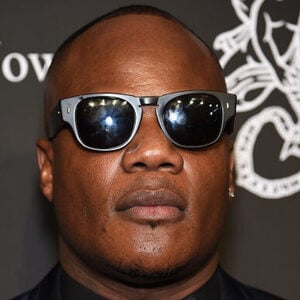