Schoolboy Q net worth: Schoolboy Q is an American hip hop recording artist who has a net worth of $4 million. Schoolboy Q was born in Wiesbaden, Hesse, Germany in October 1986. He was born on a military base and grew up in the Los Angeles area. Schoolboy Q's debut studio album Setbacks was released in 2011 and reached #12 on the US Rap chart.

His second album Habits & Contradictions was released in 2012 and reached #16 on that chart. Schoolboy Q released the album Oxymoron in 2014. The album reached #1 on the Billboard 200 chart as well as in Canada and on the US R&B/Hip-Hop and US Rap charts. His album Blank Face LP in 2016 reached #1 on the US R&B/Hip-Hop and US Rap charts and #2 on the Billboard 200. Schoolboy Q's most popular singles include "Collard Greens" (featuring Kendrick Lamar), "Man of the Year", "Studio" (featuring BJ the Chicago Kid), and "That Part" (featuring Kanye West). He is also a member of the super group Black Hippy. 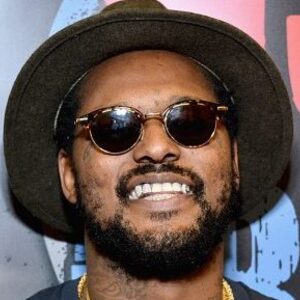