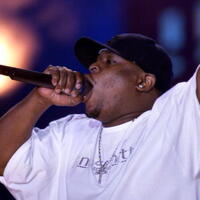 Scarface net worth: Scarface is an American rapper and singer who has a net worth of negative $100 thousand dollars. Scarface was born Brad Terrence Jordan was born in Houston, Texas in November 1970. He started out under the name Akshun and released a single called "Scarface". He joined Rap-A-Lot records and joined the Geto Boys. The group's 1989 album Grip It! On That Other Level was very successful. In 1991 he released his debut album Mr. Scarface Is Back. He stayed with the Geto Boys while continuing a solo career. His album The Last of a Dying Breed earned Lyricist of the Year at the 2001 Source Awards. He became the president and coordinator of Def Jam South in 2000. He signed and helped boost the career of Ludacris. Scarface has released 11 studio albums. His 1997 album The Untouchable made it to #1 on the Billboard 200 and R&B charts. He appeared in the film Idiocracy. He has a son with Melissa Lollis. He was ranked by The Source in 2012 as their #16 lyricist of all time and by About.com as their #10 greatest MC of our time. One of his most successful singles was "Smile" which featured 2Pac and Johnny P and was certified Gold.