Rocsi Diaz net worth: Rocsi Diaz is a television personality and model who has a net worth of $3 million dollars. Born in Tegucigalpa, Honduras, Rocsi Diaz, also known as Raquel Roxanne Diaz, grew up in New Orleans, Louisiana. A cheerleader throughout middle school and high school, she struggled with anorexia for most of her adolescent years.

After graduating from West Jefferson High School in Louisiana, she relocated to the East Coast, and eventually began DJing for a Boston-based radio station. After moving to Chicago in the mid-2000s, she began Djing for the Chicago radio station, Power 92 WPWX-FM, billed as "The Midday Mami". Her work in Chicago brought her to the attention of BET, and in 2006, she became the co-host of "106th and Park", along with Terrence J. In addition to her continued work on "106th and Park", she also hosts the popular radio program, "Rocsi on the Radio". She has also appeared as part of the MTV Music Awards in Japan, and on the MTV show, "Fear". 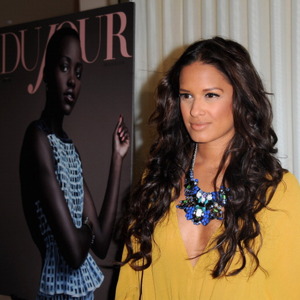