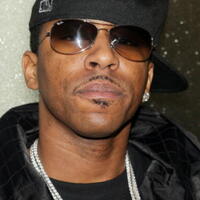 Rocko net worth: Rocko is an American rapper and actor who has a net worth of $1 million dollars. Rocko was born Rodney Ramone Hill, Jr. in Atlanta, Georgia in December 1979. He began his music career working as a ghostwriter and producer in the late 90s. After launching his own record label, Rocky Road Records, in 2002, he began writing and producing tracks for such artists as Young Dro and Dem Franchize Boyz. Famed producer, L.A. Reid subsequently signed him to Def Jam Records. The album made it to #21 on the Billboard 200 chart and #4 on the U.S. Rap chart. The single "Umma Do Me" peaked at #7 on the U.S. Rap chart. His second album was set to be released on Def Jam but Rocko and the label parted ways. His most popular single has been "U.O.E.N.O" which was released on a mixtape in 2013 and features Future and Rick Ross. The song sparked controversy as Rick Ross seemed to be condoning date rape in the song. As a result Ross was dropped as a spokesman for Reebok and Rocko took the verse out of the song. Rocky Road Records changed to A1 Recordings and in 2013 became distributed by E1 Music. He has been featured on two albums by Future. Rocko has also worked with T.I., Gucci Mane, Busta Rhymes, Sean Paul, Ludacris, Lil Jon, and Nicki Minaj.