What is Riff Raff's net worth?

Riff Raff is an American rap artist who has a net worth of $5 million. He first became famous on YouTube around 2015 and has become very popular on social media.

Riff Raff was born Horst Christian Simco on January 29, 1982 in Houston, Texas to Anita Isaacs and Ronald Simco. His mother worked as a maid and his father was a Vietnam War Veteran who worked various jobs. Ronald Simco unfortunately suffered from severe PTSD due to his time in the war. Riff Raff was the second of four siblings.

Riff Raff went to Langham Creek High School and was a shooting guard on his school's basketball team, before dropping out during his senior year. His parents divorced and the family moved to Duluth, Minnesota after his father was diagnosed with tonsil cancer. He obtained his GED and enrolled at Hibbing Community College in Hibbing, MN where he played on the school's basketball team. However, he dropped out in 2003 and moved back to Houston, where he got a job painting cars in then-popular "candy-colored" style and gradually began to build his new identity as the rapper Riff Raff. He moved to Los Angeles in order to launch his rap career. 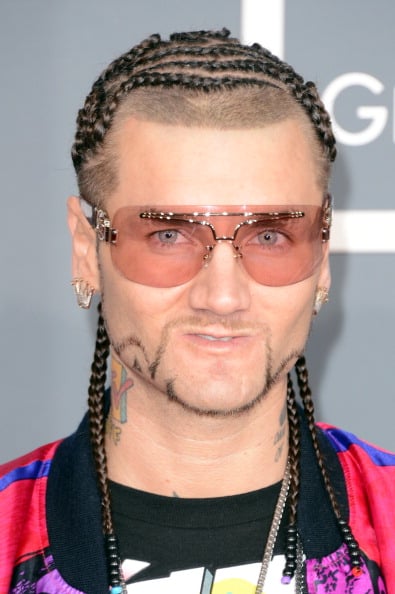 Riff Raff began rapping and making homemade CDs in 2005. He would hang out the CDs at various shopping malls in the Houston area. His early influences were Texas rappers Devin the Dude and Paul Wall.  Riff Raff was desperate to get on television, resulting in many auditions.  He tried out for P. Diddy's Making the Band but to no avail.

He first gained recognition in 2008, when he began releasing tracks and videos combining performance art and slapstick comedy via MySpace and YouTube, using the name "MTV Riff Raff". His popular videos finally lead him to a spot on the reality show, "From G's to Gents" on MTV.  He had flown to Atlanta to try out. Riff was eliminated from the series by the second episode, but he had left an impression on viewers through his funky dress style and humorous ad-libbing. His appearance on the show garnered an immediate reaction to him which catapulted his career and made him even more popular on social media. Later that year, actor and rapper Simon Rex took notice of Riff Raff after watching one of his freestyle videos. Rex contacted him and they became friends and recorded together under Riff Raff and Dirt Nasty. The two later formed rap group Three Loco along with comedian Andy Milonakis.

His increasingly popular YouTube presence led to his 2011 signing with S.O.D. Money Gang, Inc. He also began performing with fellow rap artists and comedians Simon Rex (Dirt Nasty) and Andy Milonakis. In 2012, he left Money Gang, Inc., and signed with Diplo's Mad Decent label. That same year, he released his Summer of Surf mixtape. Another mixtape, Birth of an Icon, came quickly after. His first studio album, Neon Icon, was released in June 2014 after he released a string of singles. He toured with the Vans Warped Tour in 2015 in support of the album.

His YouTube channel has had nearly 170 million views to date, and his mixtapes have achieved both critical and commercial success. 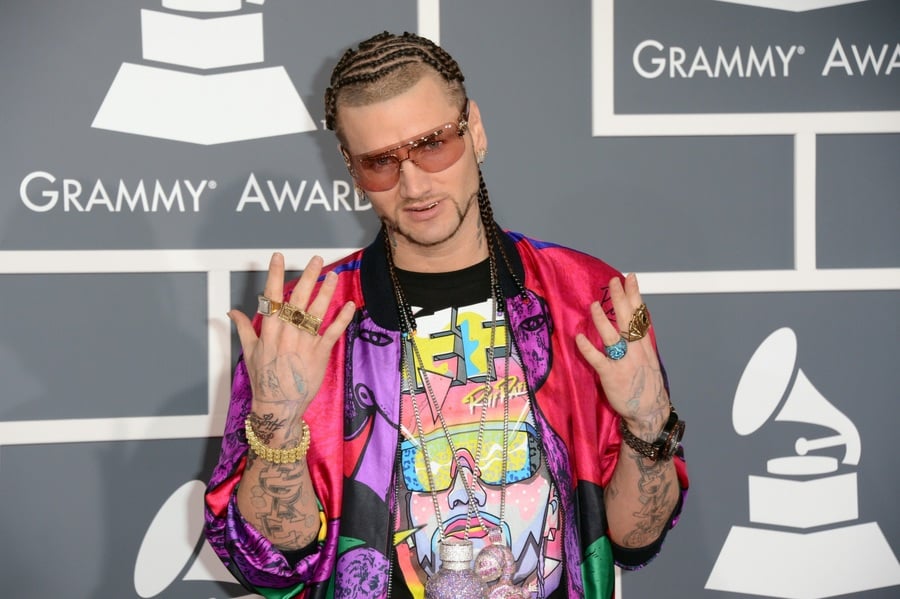 Riff Raff appeared on the television show Major Lazer in an episode titled "Double Cup". He also competed on a special for The Challenge, an MTV reality series, in November of 2017. Riff Raff partnered with Reef Dispensaries in 2017 to develop and endorse two new strains of marijuana. He also collaborated with the cannabis subscription box company Daily High Club to create a special "Riff Raff Smoking Supply Box". It contained smoking supplies and accessories inspired by his on stage personality.

In February 2012, director Harmony Korine approached Riff Raff about appearing in an upcoming movie of his (which would turn out to be Spring Breakers.) Once he learned more details about the movie, Riff Raff began to speculate that the outlandish main character in the movie, Alien, was actually based on him. According to James Franco, however, the character was based on the underground rap artist Dangeruss. There was a lot of back and forth between both camps on the issue. In July 2013, Riff Raff announced his intention to sue the creators of Spring Breakers for $10 million dollars for "sampling" his life without his permission or a proper credit and acknowledgment. However, the la suit never came to life.

Riff lives in a $2 million Las Vegas mansion that he has dubbed the "Codeine Castle". In a video posted to WorldStarHipHop, Riff gave a tour of the house and showed off over $500 thousand worth of jewelry.

Riff Raff has an enormous amount of tattoos including several logos, a tattoo of his dog, and a fan of Bart Simpson holding test tubes that reads "The Freestyle Scientist."

In August 2013, Riff Raff was arrested in Greensboro, North Carolina after police caught him with an open container of alcohol, marijuana, and various other unspecified illegal substances. He was brought to jail along with two other passengers in his car. He was released without bail later that evening.

In May 2018, Riff Raff was accused of drugging and sexually assaulting a woman after his 2013 show in Melbourne. All the venues of his Australian and New Zealand tour canceled his upcoming concerts after that. He was accused of improper sexual conduct on his tour bus in Milwaukee by a second woman who was aged 17 at that time. 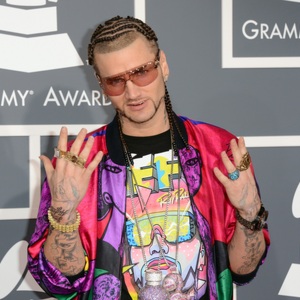