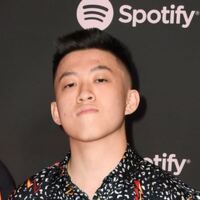 Rich Brian net worth and salary: Rich Brian is an Indonesian rapper, singer, songwriter, and record producer who has a net worth of $1 million. Rich Brian was born in Jakarta, Indonesia in September 1999. He was formerly known as Rich Chigga. His debut single "Dat $tick" went viral on SoundCloud in 2016 and was certified gold and reached #4 on the US R&B/Hip-Hop Bubbling Under chart. Rich Brian released his debut studio album Amen in 2018 on 88rising Music and Empire records. The album reached #8 on the US R&B chart as well as #11 on the US R&B/Hip-Hop chart and #18 on the Billboard 200 and in Canada. His album The Sailor was released in 2019 and reached #27 in New Zealand. Rich Brian's single "Gospel" reached #4 on the New Zealand Heatseekers chart and #7 on the US R&B/Hip-Hop Bubbling Under chart. He has collaborated with artists including Ghostface Killah, 21 Savage, Young Thug, and more.