What is Joseph Simmons' AKA Rev. Run Net Worth?

Joseph Simmons is an American rapper, DJ, and producer who has a net worth of $60 million dollars. Simmons became a household name in the 1980s as a founding member of the hip-hop group Run-D.M.C., the first hip-hop group to have a Gold album (1984's "Run–D.M.C.") and a Platinum record (1985's "King of Rock"). Simmons began using the name "Rev. Run" after being ordained as a Pentecostal minister, and he found success on television as the star of the MTV reality series "Run's House" from 2005 to 2009. In 2008, he released the book "Take Back Your Family: A Challenge to America's Parents," which he co-wrote with his wife, Justine.

During Run-D.M.C.'s nearly 20-year career, the group released several popular singles, including "Christmas in Hollis" (1987), "Run's House" (1988), and "Down with the King" (1993), and their 1986 cover of Aerosmith's "Walk This Way" went Platinum and reached #4 on the "Billboard" Hot 100 chart. The group achieved many firsts in the hip-hop genre, becoming the first act to grace the cover of "Rolling Stone" magazine and have music videos air on MTV, and their album "Raising Hell" was the genre's first multi-platinum record. The album was inducted into the Library of Congress' National Recording Registry in 2018, an honor reserved for recordings that are considered to be "culturally, historically or aesthetically significant." Run-D.M.C. came in at #48 on "Rolling Stone's" 100 Greatest Artists of All Time list in 2004, and MTV and VH1 both named them the greatest hip-hop group/artist of all time in 2007.

In 2005, Simmons released a solo album, "Distortion," and his single "Mind on the Road" can be heard in the video game "Madden NFL 06." That year, he was also featured on the single "Song 4 Lovers" by Liberty X, a pop band from the U.K. Joseph competed on the game show "The Weakest Link" in 2002 and was voted off third; this "Rap Stars" episode also featured Jermaine Dupri, Nate Dogg, and Xzibit. In 2005, the Simmons family began appearing on the reality show "Run's House," which aired 59 episodes over six seasons. Joseph later starred in and produced "Rev Run's Renovation" (2014-2015), which aired on HGTV and the DIY Network, the Cooking Channel's "Rev Run's Sunday Suppers" (2014-2016), and the Travel Channel's "Rev Runs Around the World" (2015-2016). He has more than 30 acting credits to his name and has guest-starred on shows such as Fox's "Grounded for Life" (2002), NBC's "Great News" (2017), and TBS' Tracy Morgan comedy "The Last O.G." (2019). Simmons was the star of Netflix's "All About the Washingtons" (2018), which co-starred his wife and ran for 10 episodes, and he served as a producer on that show as well as "Daddy's Girls" (2009), an MTV reality show that starred his oldest daughters, Vanessa Simmons and Angela Simmons. 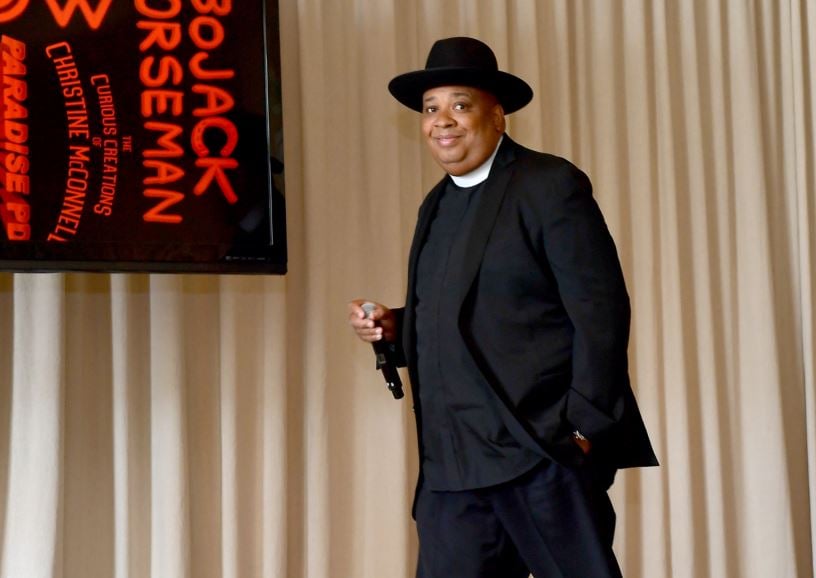 Joseph and Valerie Vaughn married in 1983, and they had son Joseph Jr. ("JoJo") and daughters Vanessa and Angela together before divorcing in 1992. Simmons went on to marry Justine Jones in June 1994, and they welcomed sons Daniel ("Diggy") and Russell ("Russy") and daughter Victoria together. Sadly, Victoria passed away shortly after her birth in 2006 due to a birth defect called omphalocele that causes organs to grow outside the body. Victoria's death was documented on "Run's House" so audiences could see how the family dealt with the tragedy. Joseph and Justine adopted a baby daughter, Miley, in 2007.

After Simmons was ordained as a minister, his mentor, E. Bernard Jordan, gave him the "Protégé of the Year Award" in 2004. In 2007, the BMI Urban Awards named Joseph a BMI Icon. With Run-D.M.C., he earned a Grammy Lifetime Achievement Award in 2016 and two Soul Train Awards in 1987, Best Rap Single for "Walk This Way" and Best Rap Album for "Raising Hell." The group also earned nominations from the American Music Awards, and MTV Video Music Awards, and they were inducted into the Rock and Roll Hall of Fame in 2009.

In 2003, Simmons paid $1.6 million for a home in Saddle River, New Jersey. The 6-bedroom home, which served as the setting for "Run's House," was renovated by Justine and features a recording studio, home theater, and indoor basketball court. Joseph and Justine put the house on the market for $5.3 million in 2005, then re-listed it for $5.5 million in 2007. 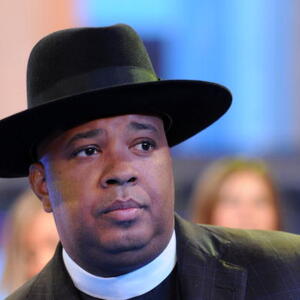