Remy Ma Net Worth: Remy Ma is a Grammy-nominated American rapper and actress who has a net worth of $4 million. Ma was a former member of Big Pun and Fat Joe's rap crew, Terror Squad, and she is one of only six female rappers to ever have a #1 single on the "Billboard" Hot 100 chart. She reached this achievement for her contributions to the single "Lean Back." Remy released the solo studio album "There's Something About Remy: Based on a True Story" in 2006, and she joined the cast of the VH1 reality series "Love & Hip Hop: New York" in 2015. She also guest-starred on "Empire" in 2017 and "Queen of the South" in 2018, and she hosted the late-night talk show "State of the Culture" from 2018 to 2019. In 2018, Ma and her husband, rapper Papoose, starred on the three-episode "Love & Hip Hop: New York" spin-off "Remy & Papoose: Meet the Mackies."

Early Life: Remy Ma was born Reminisce Smith on May 30, 1980, in The Bronx, New York City. She grew up in a family that abused drugs, and she began taking care of her siblings at a young age and wrote poetry about her life in the Castle Hill Projects. Remy eventually caught the attention of rapper Big Pun, who became her mentor after having a meeting and a freestyle session with her. Using the name Remy Martin, she appeared on Big Pun's 2000 album "Yeeeah Baby," performing on the tracks "You Was Wrong" and "Ms. Martin."

Career: After Big Pun died of a heart attack in early 2000, Fat Joe signed Remy to his label, Terror Squad Entertainment (an imprint of Universal and SRC), and she joined his hip-hop collective Terror Squad. She performed on the 2004 Terror Squad album "True Story," and the single "Lean Back" reached #1 on the "Billboard" Hot 100, Hot R&B/Hip-Hop Songs, and Hot Rap Songs charts. The single was certified Gold, and it earned Ma a Grammy nomination. Remy released the album "There's Something About Remy: Based on a True Story" on February 7, 2006, and it peaked at #33 on the "Billboard" 200 chart, #2 on the Top Rap Albums chart, and #7 on the Top R&B/Hip-Hop Albums chart. The album featured the singles "Whuteva," "Conceited (There's Something About Remy)," and "Feels So Good" (featuring Ne-Yo). She was unhappy with how Universal was promoting the album, which led to a rift between Remy and Fat Joe. Ma left Universal, and she parted ways with the Terror Squad.

In February 2007, Remy revealed that she was working on her follow-up, "PunisHer," and had teamed up with rappers Jacki-O and Shawnna to form the female rap supergroup 3Sum and would be making a collaboration album with them. However, Ma had to put her plans on hold after being incarcerated for the July 2007 shooting of Makeda Barnes-Joseph. She released the mixtapes "The BX Files" (2007) and "Shesus Khryst" (2007) while awaiting her trial, and the 2008 mixtape "Blasremy" was released while she was in prison. Two months after Remy was released from prison in 2014, she put out another mixtape, "I'm Around," followed by the compilation album "Remy on the Rocks" in April 2015. Remy and Papoose began starring on "Love & Hip Hop: New York" during the show's sixth season in 2015, and they also appeared in the specials "Remy & Papoose: A Merry Mackie Holiday," "The Love Edition," and "Dirty Little Secrets." On February 10, 2017, Ma and Fat Joe released the collaboration album "Plata O Plomo," and the single "All the Way Up" was certified 2× Platinum and earned two Grammy nominations. In August 2017, Remy opened Conceited, a women's clothing store, in Raleigh, North Carolina, and in November, she released the single "Wake Me Up," which featured Lil' Kim. In 2018, she released three more singles "Melanin Magic" (featuring Chris Brown), "Company" (featuring A Boogie wit da Hoodie), and "New Thang" (with French Montana). 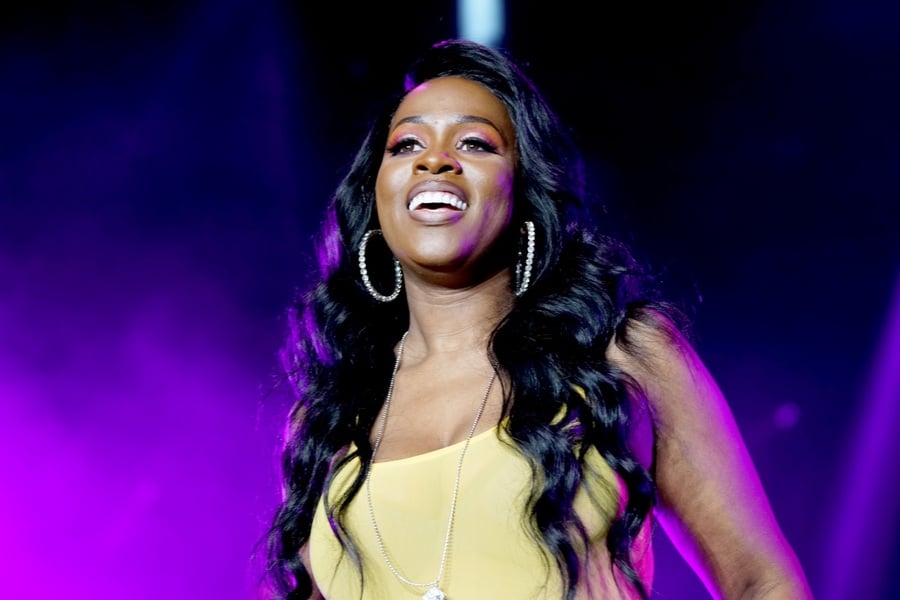 Personal Life: In July 2007, Remy turned herself into the NYPD after she was involved in a confrontation outside the Pizza Bar that resulted in the shooting of Makeda Barnes-Joseph, who had allegedly stolen $3,000 from Ma. Barnes-Joseph identified Remy as her shooter, and in March 2008, Ma was convicted of illegal weapon possession, assault, and attempted coercion. After the shooting, Barnes-Joseph sued Remy for $80 million because she had undergone numerous surgeries as a result of the attack, but Ma's lawyers stated that Remy was serving an eight-year prison sentence and wasn't likely to be released until 2015. While in prison, Ma married Shamele Mackie (aka Papoose) over the phone in May 2008 after he tried to smuggle a key into the prison and was banned for six months.

Remy was released from the Bedford Hills Correctional Facility for Women on August 1, 2014, after serving six years of her sentence, and she and Papoose held a wedding ceremony at the Aria Wedding and Banquet facility in Connecticut on December 17, 2015. The couple welcomed daughter Reminisce on December 14, 2018, and Ma has a son, Jayson (born August 13, 2000) from a previous relationship; she is also stepmother to Papoose's three children from earlier relationships, Dejanae, Shamele, and Destiny. Remy launched a clothing line, The Remy Ma Collection, in 2018, with plans to donate a portion of the proceeds to the Remy Ma Foundation to help women who have been incarcerated. In May 2019, Ma turned herself into the police after her "Love & Hip Hop" co-star Brittney Taylor accused her of assault, but the charges were dropped in December because there was no evidence that Remy had committed the crime.

Awards and Nominations: Ma has been nominated for three Grammys: Best Rap Performance by a Duo or Group for "Lean Back" in 2005 and Best Rap Song and Best Rap Performance for "All the Way Up" in 2016. "All The Way Up" also earned her two Soul Train Music Awards (Best Collaboration and the Rhythm & Bars Award) and a BET Hip Hop Award for Best Collabo, Duo or Group as well as nominations for Best Hip-Hop Video and the People's Champ Award. Remy has received seven BET Award nominations, winning Best Female Hip-Hop Artist in 2005 and 2017. 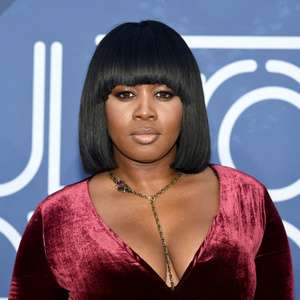