What is Redman's Net Worth?

Redman is an American MC, rapper, DJ, record producer, and actor who has a net worth of $10 million. Redman has released eight solo studio albums and three with Method Man & Redman. Redman's debut solo album, 1992's "Whut? Thee Album" was certified Gold and reached #49 on the "Billboard 200" chart. His most commercially successful album has been 1998's "Doc's da Name 2000," which went Platinum, and several of his singles have cracked the top 10 on the Hot Rap Songs chart, including "Blow Your Mind," "How High" (with Method Man), and "Da Goodness" (featuring Busta Rhymes).

In 2002, he was featured on Christina Aguilera's single "Dirrty," which earned him a Grammy nomination for Best Pop Collaboration with Vocals and a Teen Choice Award nomination for Choice Music – Hook-Up. Redman also received a Grammy nomination for Best Rap Performance by a Duo or Group for "Ooh," his 2000 collaboration with De La Soul. Though he is best known for his music, Redman has appeared in more than 30 film and television projects, such as "How High" (2001), "Scary Movie 3" (2003), "Method & Red" (2004), "Seed of Chucky" (2004), and "Jay and Silent Bob Reboot" (2019). He has also lent his voice to four Def Jam video games as well as "True Crime: New York City" (2005). In 2015, Redman teamed up with the streetwear brand Mighty Healthy to release a line of 420-themed apparel.

Redman was born Reginald "Reggie" Noble on April 17, 1970, in Newark, New Jersey. He grew up with mother Darlene, father Eddie, and sister Rosalyn, who is a rapper known as Roz; she has performed on several of her brother's songs. His cousin, Rahem Brown (aka Tame One) is also a rapper. Redman attended 13th Avenue School, Speedway Avenue School, and West Side High School, and he enrolled at Montclair State University, but during his freshman year, he was expelled because of poor academic performance. Just 16 years old, Redman moved back in with his mother, who made him leave after she found out that he was selling cocaine. At age 18, he started DJing at house parties and parks under the name DJ Kut-Killa, and he eventually became a DJ for Lords of the Underground and was discovered by Erick Sermon of the hip-hop duo EPMD. Redman moved into Sermon's Long Island apartment and began touring with EPMD. At a 1990 EPMD show, he performed a freestyle rap that used every letter of the alphabet to describe himself as a rapper, and he soon signed a recording contract with Def Jam.

In 1990, Redman performed on the tracks "Brothers on My Jock" and "Hardcore" on the EPMD album "Business as Usual," and he released his first album, "Whut? Thee Album" on September 22, 1992. After the release of his debut album, "The Source" magazine named Redman "Rap Artist of the Year." He released his follow-up, "Dare Iz a Darkside," in 1994, and it peaked at #13 on the "Billboard" 200 chart and #1 on the Top R&B/Hip-Hop Albums chart. His next two albums, 1996's "Muddy Waters" and 1998's "Doc's da Name 2000," also reached #1 on the Top R&B/Hip-Hop Albums chart. These two albums included the hit singles "Whateva Man" (featuring Erick Sermon), "It's Like That (My Big Brother)" (featuring K-Solo), and "Da Goodness" (featuring Busta Rhymes). Around this time, Redman's song "Do What You Feel" was featured on the "Grand Theft Auto: Liberty City Stories" soundtrack, and he performed on the track "Got my Mind Made Up" on 2Pac's album "All Eyez on Me." In 1998, Redman collaborated with Def Squad on the album "El Nino," and the following year, the first Method Man & Redman album, "Blackout!," was released. "Blackout!" reached #3 on the "Billboard" 200 chart and was certified Platinum. 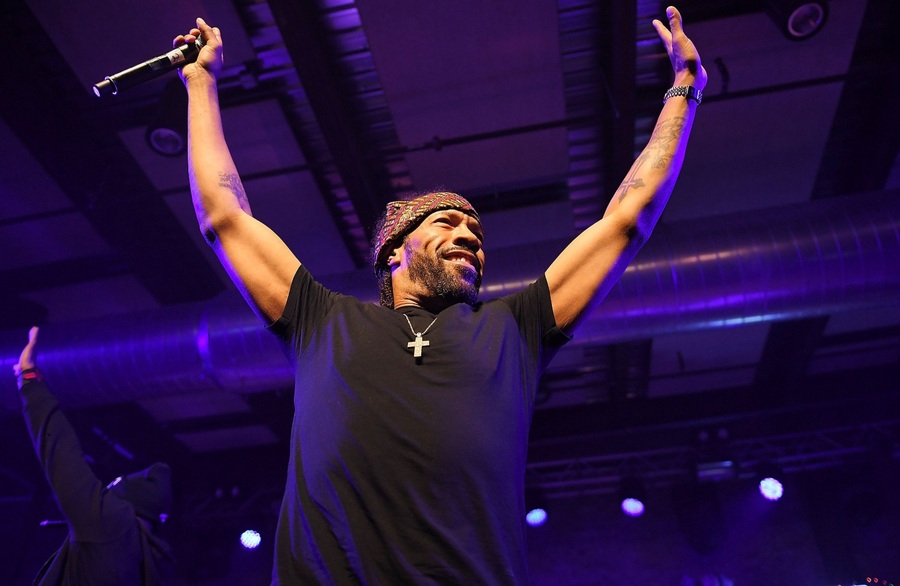 Redman is married and has three children with his current wife and two from a previous relationship. In 2001, his modest Staten Island home was featured on an episode of "MTV Cribs." As of 2017, he told "XXL" magazine that he still lived in the 2-bedroom, 2-bathroom home, saying ""I wouldn't know what to do with a big house…I like just staying in a comfortable [environment]." Redman is a supporter of 211 Community Impact, a nonprofit organization founded by his friend Dupré L. Kelly. The charity is dedicated to "providing innovative community education programs, public policy information and resources, and forums for active community engagement and inclusive decision-making in Newark." 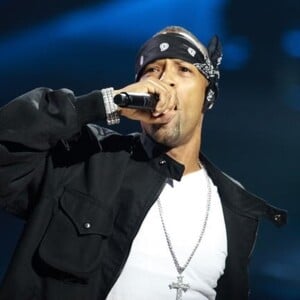