Raphael Saadiq net worth: Raphael Saadiq is an American singer, songwriter and record producer who has a net worth of $16 million. Raphael Saadiq has earned his net worth from his early R&B days performing with the multiplatinum group Tony! Toni! Tone! and from producing hit songs for such major stars a ; TLC, Joss Stone, D'Angelo, Mary J.

Blige, and John Legend. He and D'Angelo were occasional members of a music production collective, composed of members from Q-Tip, A Tribe Called Quest and the Detroit-based group Slum Village, the collective was called The Ummah. Saadig was born in Oakland, California on May 14, 1966 the second-youngest of 14 siblings and half-siblings. Raphael suffered the multiple tragedies during his childhood that resulted in losing three of his siblings; however he did not transfer his mourning into his music. On September 16, 2008 he released critically acclaimed album, The Way I See It. This widely successful album featured Stevie Wonder, Joss Stone and Jay-Z; the album received three Grammy Award Nominations and was voted Best Album on iTunes for the year of 2008. Saadiq worked with steel guitarist Robert Randolph; to record his fourth studio album, Stone Rollin' which was released on March 25, 2011. He got some additional help on the album from former Earth, Wind & Fire keyboardist Larry Dunn; Swedish/Japanese indie rock songstress Yukimi Nagano (of Little Dragon) and hip hop newcomer Taura Stinson. He started singing in a local gospel group at the age of nine, and he learned how to play the bass guitar at the very young age of 6. He had a short career in 1999, with a one album group called Lucy Pearl, in 2003 he released a 2 disc live album under his own record label Pookie Entertainment, All the Hits at the House of Blues were recorded during live performances. 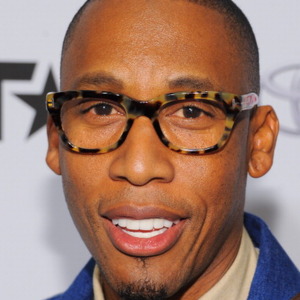