Rakim net worth: Rakim is an American rapper who has a net worth of $2 million. Rakim has earned his net worth as one of the most widely regarded, influential and skilled Master of Ceremonies of all time. You can refer to him by many names like; Ra, Rakim Allah, R.A.K.I.M., The God Emcee, The God, and The Master.

MTV named the album Paid in Full which was a collaboration of Rakim and Erie B the greatest hip hop album of all time. MTV also ranked Rakim as #4 on their list of Greatest MCs of All Time. Steve Huey of Allmusic went further and stated that "Rakim is near-universally acknowledged as one of the greatest MCs — perhaps the greatest — of all time within the hip-hop community. About.com editors ranked Rakim as #1 on their list of the Top 50 MCs of Our Time during 1987 to 2007. He was born in Wyandanch, Long Island, New York on January 28, 1968, and he is the nephew of American R&B singer and actress Ruth Brown. Fresh out of high school at the age of 18, Rakim first became involved in the New York hip hop scene, after DJ Eric B.B.rought him to Marley Marl's house to record "Eric B. is President. Later In 1986, Rakim started to work with New York-based producer-DJ Eric B., together they formed one of the most influential and groundbreaking of hip-hop groups a duo known as Eric B & Rakim. The duo's debut album Paid in Full was released on July 7, 1987, under the Island-subsidiary label 4th & B'way Records. The album produced five singles: "Eric B. Is President", "I Ain't No Joke", "I know You Got Soul", "Move the Crowd", and "Paid in Full", and peaked at number fifty-eight on the Billboard 200 chart. Rakim was featured in an All-Pro Football 2K8 commercial. 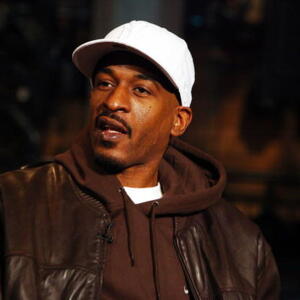