Rahzel net worth: Rahzel is an American rapper and beatboxer who has a net worth of $4 million. Rahzel was born in New York City, New York in October 1973. He has the ability to sing or rap while he beatboxs at the same time. He was a member of the group The Roots.

The Roots formed in 1987 and Rahzel was a member from 1995 to 2001. He was featured on The Roots albums Do You Want More?!!!??! and The Roots Come Alive. Rahzel released the solo studio albums Make the Music 2000 in 1999 and Rahzel's Greatest Knock Outs in 2004. He has also been featured on albums by artists including Robyn, DJ Skribble, Erykah Badu, Rakim, Ben Harper, Everlast, Common, Sean Paul, Bjork, The Crystal Method, Ol' Dirty Bastard, The String Cheese Incident, and more. He won a Grammy Award for being featured on the album True Love by Toots and the Maytals. 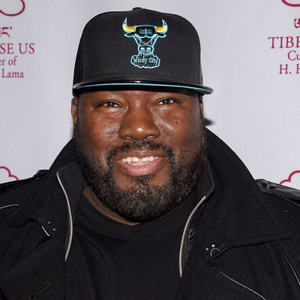