Rah Digga net worth: Rah Digga is an American rapper and actress who has a net worth of $500 thousand. Rah Digga was born in Newark, New Jersey in December 1974.She scored a 1300 on her SATs and studied electrical engineering at the New Jersey Institute of Technology. Digga was a member of the Flipmode Squad which was led by Busta Rhymes.

She left the group in 2007. Digga was featured on the hip hop group's only studio album The Imperial in 1998. Digga has been called "one of hip-hop's most skilled female MCs" in the How to Rap book and "one of rap's most prominent women MCs" by Allmusic. Her debut solo album Dirty Harriet was released in 1999 and her follow up Classic was released in 2010. Her single "Imperial" in 1999 hit #16 on the Hot Rap Singles chart and "Break Fool" in 2000 hit #15 on the same chart. Digga won a BET Hip Hop Award in 2006 for Best Collabo for "Touch It (remix)". She has also been nominated for four BET Awards, two other BET Hip Hop Awards, and a MTV Video Music Award. In September 2014 Rah dissed Iggy Azalea saying that she is not "real hip-hop". 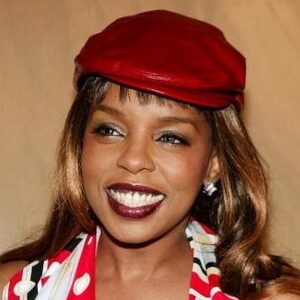