What is Raekwon's Net Worth?

Raekwon is an American rapper who is best known as one of the members of the hip hop group the Wu-Tang Clan. Raekwon has a net worth of $6 million. He has released a number of solo albums, including "Only Built 4 Cuban Linx…," "Immobilarity," and "The Wild." Raekwon has collaborated with various other hip hop artists over the years, and owns his own label, ICE H2O Records.

Raekwon, whose real name is Corey Woods, was born on January 12, 1970 in the Brooklyn borough of New York City. He grew up on Staten Island, where he went to New Dorp High School with friends and future Wu-Tang members Clifford Smith Jr. and Jason Hunter. Early on in his rapping career, Woods performed under the name Sha Raider.

In 1992, Woods joined the New York City-based hip hop group Wu-Tang Clan. Using the rap name Raekwon, he became part of a group including rappers GZA, Method Man, Ol' Dirty Bastard, U-God, Masta Killa, and Inspectah Deck. After signing to the label Loud Records, the Wu-Tang Clan released its debut album, "Enter the Wu-Tang (36 Chambers)." Considered to be one of the best hip hop albums of all time, it launched the hit singles "Protect Ya Neck" and "C.R.E.A.M." A second album, "Wu-Tang Forever," came out in 1997; debuting at number one on the Billboard 200, it later earned a Grammy Award nomination for Best Rap Album.

Other albums by the Wu-Tang Clan include "The W," "Iron Flag," "8 Diagrams," and "A Better Tomorrow." In 2015, the group released a single copy of "Once Upon a Time in Shaolin," which was bought for $2 million by hedge fund felon Martin Shkreli. Following Shkreli's conviction for securities fraud, the album was seized by the US government and sold to an undisclosed buyer. Following this, in 2017, Wu-Tang released the album "The Saga Continues," which features all the original members of the group save for U-God.

After signing a solo deal with Loud Records in 1994, Raekwon released his debut single "Heaven & Hell," which was featured on the soundtrack to the film "Fresh." The next year, he released his debut solo LP, "Only Built 4 Cuban Linx…," which debuted at number four on the Billboard 200 and was met with rave reviews from critics. Fellow Wu-Tang member Ghostface Killah appeared on more than half of the album's tracks, while RZA produced the album. Two months after its release, "Only Built 4 Cuban Linx…" was certified Gold by the RIAA. 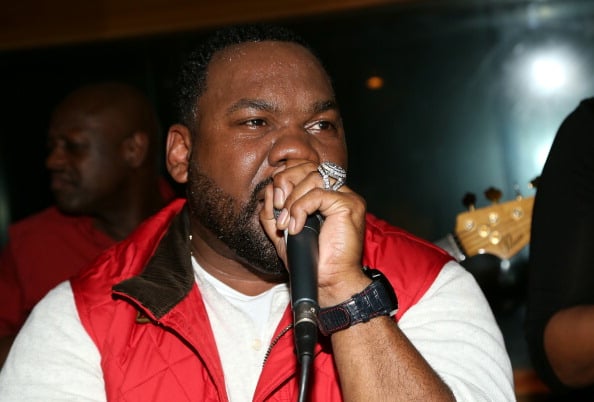 In 1999, Raekwon released his second solo album, "Immobilarity." It peaked in the top ten of the US album charts, and was certified Gold within a month of its release. Later, in 2003, Raekwon released "The Lex Diamond Story," which features guest appearances from Wu-Tang members Ghostface Killah, Masta Killa, Method Man, Inspectah Deck, and Cappadonna. However, it was not as successful as Raekwon's past work.

Following a number of delays, Raekwon released his fourth solo studio album, the highly anticipated "Only Built 4 Cuban Linx… Pt. II," in the summer of 2009. Featuring appearances by many Wu-Tang members, the album debuted at number four on the Billboard 200 and number two on the Top R&B/Hip-Hop Albums chart. Raekwon's fifth album, "Shaolin vs. Wu-Tang," came out in 2011; it features appearances by Wu-Tang members as well as artists such as Busta Rhymes and Black Thought.

Subsequently, Raekwon released the mixtape "Lost Jewlry" and the album "Fly International Luxurious Art." In 2017, he released "The Wild," his first studio album to not feature contributions by fellow Wu-Tang members. Raekwon's next album is "Only Built 4 Cuban Linx… Pt. III."

With Wu-Tang members Ghostface Killah and Method Man, Raekwon released the collaboration album "Wu-Massacre" in 2010. Debuting at number 12 on the Billboard 200, it received mostly positive reviews from critics.

Raekwon has also appeared on songs by a number of other artists. In 1997, he contributed to a track on Allure's self-titled debut album. Additionally, he performed on the Fat Joe track "John Blaze" alongside Big Pun, Nas, and Jadakiss.

Raekwon converted to Islam in 2009. He had expressed interest in the faith as a kid when he learned about the Five-Percent Nation, a Black Islam-influenced movement founded in 1964.