In 2014 Rae Sremmurd signed with Ear Drummers Entertainment and their debut studio album SremmLife was released in 2015. The album reached #1 on the US R&B and US Rap charts and #5 on the Billboard 200 albums chart. Rae Sremmurd has had success with the singles "No Flex Zone", "No Type", and "Throw Sum Mo" (featuring Nicki Minaj and Young Thug). The group's name comes from spelling their record label's name backwards. According to SocialBlade, Rae Sremmurd's YouTube channel generates $6.9 million per year in revenue. That's before fees, taxes, manager's cuts and other costs, but it's till a very nice income! 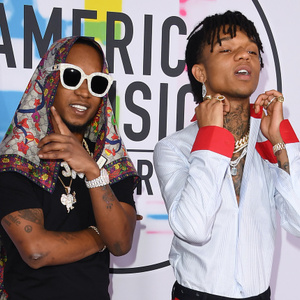