What is Q-Tip's Net Worth?

Q-Tip is an American rapper and record producer who has a net worth of $6 million. Also known as "The Abstract," he is known for his work with the successful hip hop group A Tribe Called Quest. His unique style of hip-hop is celebrated for its jazz influences, and his lyrics often touch on philosophical and esoteric themes. Outside of his work with A Tribe Called Quest, he is known for starting a production team called The Ummah. In addition, Q-Tip is a successful solo artist who has released albums like "Amplified" and "The Renaissance," with the latter of which earning him a Grammy Award nomination.

Outside of music, Q-Tip has experienced success as an actor, appearing in movies like "Poetic Justice," "She Hate Me," and "Prison Song." In addition, he is an established DJ who has hosted "Abstract Radio" on Apple Music 1 for many years. In 2018, he began teaching jazz and hip hop at New York University. Many observers believe that Q-Tip is one of the most influential figures in hip hop history, with some even calling him the greatest rapper of all time. It is generally understood that he is one of the finest lyricists to ever grace the genre.

Jonathan William Davis was born on April 10th of 1970 in New York City. Raised in Harlem by a family with Caribbean and African American roots, Jonathan eventually settled in Queens with his family. By age nine, Jonathan was already rapping extensively along with his early childhood friend, Phife Dawg. During this period, Davis listened to his father's jazz collection often. While attending high school, he met up with several new friends and formed the Jungle Brothers, a new hip hop group. During this period, he performed in various rap battles and went by stage names like J Nice and MC Love Child. When Davis was 16, his father passed away from emphysema.

Jonathan started rapping at a very early age. During his high school years, he collaborated with Shaheed Muhammad to make demo tapes for the first time. They were then joined by Phife Dawg and Jarobi White, and together they became known as Quest. During the early part of his career, he was first given the nickname Q-Tip by another musician named Afrika Baby Bam. The same musician later gave his group the name "A Tribe Called Quest." Prior to this, the group had released a debut album entitled "Straight out the Jungle." During this period, Q-Tip and his fellow artists became known for Afrocentrism.

In 1989, A Tribe Called Quest signed a new contract with Jive Records. They then came out with a debut album under their new name called "People's Instinctive Travels and the Paths of Rhythm." This album helped cement Q-Tip's reputation as one of the most skilled lyricists of his generation. During this period, he also featured on the house track "Groove is in the Heart" by Deee-Lite, which became a smash hit around the world.

In 1991, A Tribe Called Quest came out with a second album called "The Low End Theory." The record became a hit and helped Q-Tip show off his jazz production skills. Over the next few years, Q-Tip continued his production work with several other artists, including Apache and Tupac Shakur. During this period, he also made his acting debut alongside Shakur in the film "Poetic Justice." He still remained active with A Tribe Called Quest, however, releasing a third album entitled "Midnight Marauders." This album proved to be their most successful yet, and it was heavily praised by critics. 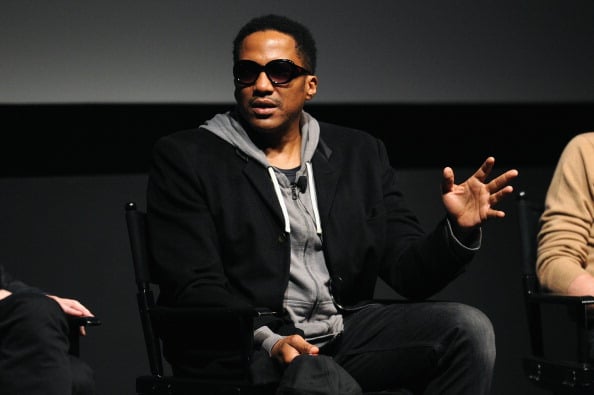 In the mid-90s, Q-Tip began searching for greater challenges outside of A Tribe Called Quest, having already released numerous platinum albums with the group. He turned his attention towards producing, working with artists like Nas and Craig Mack while collaborating with the Beastie Boys. In 1995, he teamed up with Detroit producer Jay Dee to create a new production team called The Ummah. Dee and Q-Tip then created a record label entitled Museum Music and quickly signed Vinia Mojica.

During this period, Q-Tip also discovered Mobb Deep and helped them produce their 1995 album "The Infamous." Towards the late 90s, he collaborated with additional artists like Busta Rhymes, Consequence, Janet Jackson, Mariah Carey, and others. Q-Tip then converted to Islam, changing his name to Kamaal Ibn John Fareed. Additionally, he started to drift apart from other members of A Tribe Called Quest, especially Phife Dawg. The group released one more album called "The Love Movement," although they had already disbanded by the time the album hit the shelves.

After the breakup of A Tribe Called Quest, Q-Tip focused on his solo career. After a single entitled "Get Involved," he released a debut album called "Amplified." This album contained hits like "Vivrant Thing" and "Breathe and Stop." The album eventually received positive reviews and earned a gold certification. "Vivrant Thing" was later nominated for a Grammy Award. In 2001, he appeared in the film "Prison Song," having also co-written the screenplay. He also contributed several tracks to the film. Another solo album followed with "Kamaal the Abstract," although this album wasn't released until 2009 due to label issues.

In 2008, he released "The Renaissance" through Universal Motown. This proved to be his highest-charting album yet, and it earned him a Grammy Award nomination for Best Rap Album. During the 2010s, Q-Tip worked with artists like Kanye West, Jay-Z, Mariah Carey, and D'Angelo. During this period, he also started hosting Abstract Radio on Apple Music 1. Towards the latter part of the decade, he worked with Demi Lovato, Mary J. Blige, Danny Brown, Gang Starr, and Eminem while continuing to work on new solo music.