He was born Mark Anthony Morales on February 19, 1968. He formed a number of musical groups in the early 1980s with his two friends Darren Robinson and Damon Wimbley. They won a talent show in 1983 which led to management contract from the show's promoter. The group soon changed their name to the Fat Boys.

In 1987 the Fat Boys went platinum with the album "Crushin", thanks largely to the single "Wipeout". That same year the group appeared in the full-length featured film "Disorderlies". They would also go on to appear in the movie "Krush Goove". Other Fat Boys hits include "Jailhouse Rap", "Stick 'Em" and "Can You Feel It". The Fat Boys would go on to release a total of seven albums. Other hits include "The Fat Boys Are Back", "Big and Beautiful", "Crushin", "On and On" and "Mack Daddy". The group broke up in the early 1990s.

In the 1990s he released two solo albums that performed well. His biggest hit was the the single "Typical Reasons (Swing my Way)" which went to #1 on Billboard.

Dee was also a DJ and host with shows on WMIB in Miami then WEDR in Miami. He also had a show on SiriusXM. 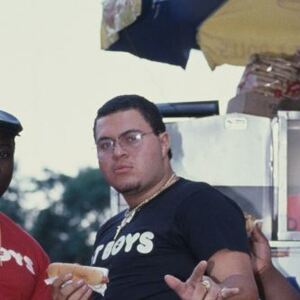