Pras Michel net worth: Pras Michel is an American rap artist, producer, and actor who has a net worth of $20 million dollars. Pras Michel, also known as Praskazrel Samuel Michel, was born in Brooklyn, New York on October 19, 1972. He began making music when he was young. When he was fifteen, he met singer/actress Lauryn Hill. He subsequently introduced her to Wyclef Jean, and the trio began writing music together. They were taken under the wing of Ronald Khalis Bell, the producer for Kool and the Gang, and they began performing as The Rap Translators in the late 90s. Pras Michel went on to double major in Philosophy and Psychology at Rutgers College and Yale University, while continuing to perform. The Rap Translators were later renamed The Fugees, and went to release multiple hit tracks and sold millions of records. They also won two Grammy Awards. He has enjoyed success as a solo recording artist and actor, as well, and has also produced three documentaries.

1MDB Scandal: Pras is one of many celebrities who was entangled in a scandal relating to the 1MDB investment fund. The fund, which was operated by a fugitive named Jho Low, siphoned billions from the Malaysian government. Hundreds of millions of dollars were wasted on parties, yachts, private jets, film production and more. According to the US Justice Department, Pras allegedly opened bank accounts at American financial institutions to finance an illegal lobbying effort to get the Justice Department to drop its investigation into 1MDB. Pras has denied all wrongdoing but the US government is seeking a civil forfeiture of $38 million that they allege can be traced directly to Pras' efforts. 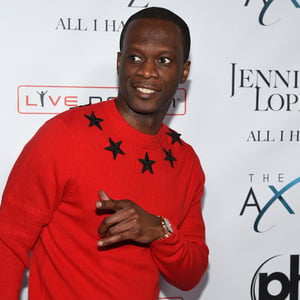