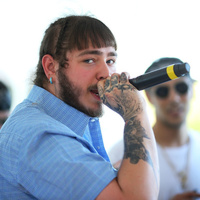 Post Malone is an American rapper, singer, songwriter, guitarist and record producer. Post Malone has a net worth of $45 million. He is known for his genre-bending music that blends elements from a wide range of genres, including hip hop, pop, country and rock. He first gained recognition with his 2015 debut single "White Iverson."

Austin Richard Post was born on July 4, 1995, in Syracuse, New York. Raised by his father and stepmother, the family relocated to Grapevine, Texas, following his father's appointment as the manager of concessions for the Dallas Cowboys. His father introduced him to multiples genres of music, having been a DJ in his youth. It was in Texas that Post began to play the guitar, and was in a heavy metal band.According to Post, he chose the stage name "Post Malone" when he was around 14 or 15, using his last name plus "Malone", which he got from an online rap name generator. He created his first mixtape "Young and After Them Riches" at the age of 16. After graduating, he briefly enrolled in Tarrant County College in Fort Worth, Texas, but dropped out and moved to Los Angeles with friend Jason Probst.

In LA, Post, Probst and several other producers and artists formed the group BLCKVRD and recorded music together, while several members also lived together in the San Fernando Valley. It was there that Post met Rex Kudo, who produced several tracks for him including "White Iverson". In February 2015, "White Iverson" was uploaded onto Post's account on SoundCloud, a music sharing platform, and the accompanying music video was released on July 2015.

"White Iverson" was praised by many, including Mac Miller and Wiz Khalifa, and hit one million views within a month of its release. As a result, Post began attracting attention from record labels, and signed a recording contract with Republic Records in August 2015. He began working with prominent rappers such as Kanye West, whom he met after being invited to perform at Kylie Jenner's 18th birthday party. Together, they collaborated on the single "Fade" from Kanye's album "The Life of Pablo."

Post's first mixtape after being signed, "August 26", was released on May 2016, followed by his first studio album "Stoney" in December. The album was certified double platinum by the RIAA in October 2017. In September 2017, Post released the first single from his second album, "Rockstar", featuring 21 Savage. It hit number one on the Billboard Hot 100 list, where it remained for eight consecutive weeks. "Psycho" was the second single from the album, released in February 2018 and featuring Ty Dolla Sign, and debuting at number two on the Billboard Hot 100. Post's second studio album "Beerbongs & Bentleys" was released in April 2018, and broke the first day streaming record on Spotify with 78.7 million streams worldwide. "Beerbongs & Bentleys" earned Post four Grammy Awards nominations. His third studio album "Hollywood's Bleeding" was released in September 2019 and debuted at number one on the Billboard  200. 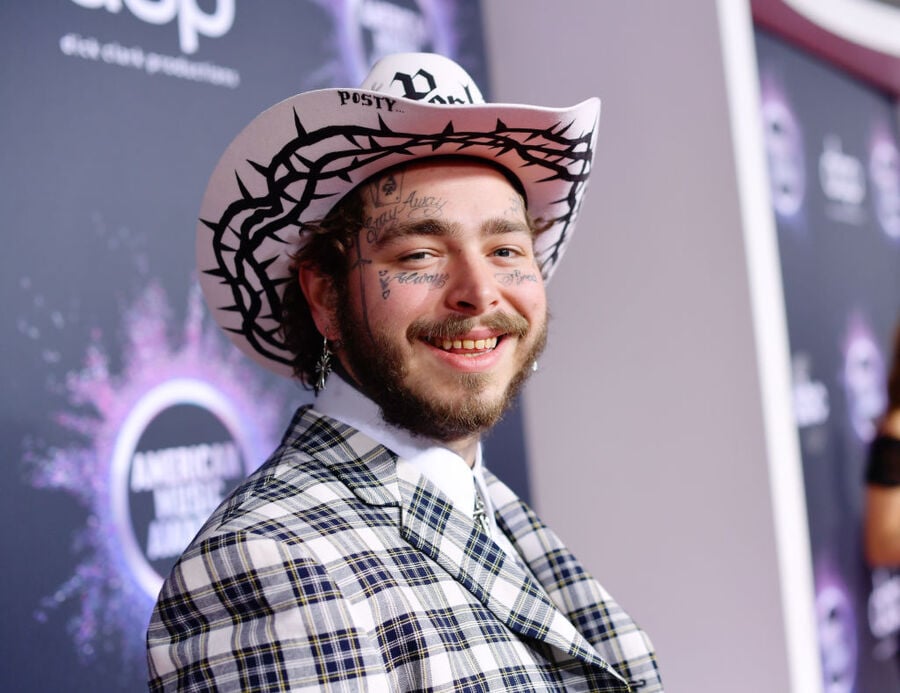 Post broke Michael Jackson's 34-year-old record for most weeks on Billboard's Top R&B and Hip-Hop Albums chart in August 2018, with "Stoney" reaching its 77th week on the chart, compared to Jackson's "Thriller" album which only hit 76 weeks. Other musical projects Post has been involved in include numerous collaborations with various artist. He worked with Swae Lee on the track "Sunflower" for the 2018 film "Spider-Man: Into the Spider-Verse" soundtrack. Other notable collaborations include the July 2019 track "Goodbyes" featuring Young Thug.

As his own principal songwriter, Post receives more of his royalties than many other recording artists. As for concert revenue, Post grosses $500,000 per concert. He also hosts his own music festival, Posty Fest, which began in 2018 and sold out before the lineup was even announced. Additionally, Post enjoys sponsorships with brands such as HyperX, True Religion and Bud Light. His Bud Light partnership has been particularly extensive; Post has not only performed at various Bud Light events such as their Bud Light: Dive Bar concerts, together they have also released a limited-time fashion collection that went on sale in August 2019.

Earnings and Other Endeavors

Between June 2019 and June 2020 Post Malone earned $60 million from his various endeavors. That was enough to make him one of the highest-paid rappers in the world. A solid chunk of his earnings came from touring. In 2019 and 2020 his tour grossed $1.3 million per city. He has also earned millions from endorsements with companies like Bud Light Seltzer which included a memorable Super Bowl ad. 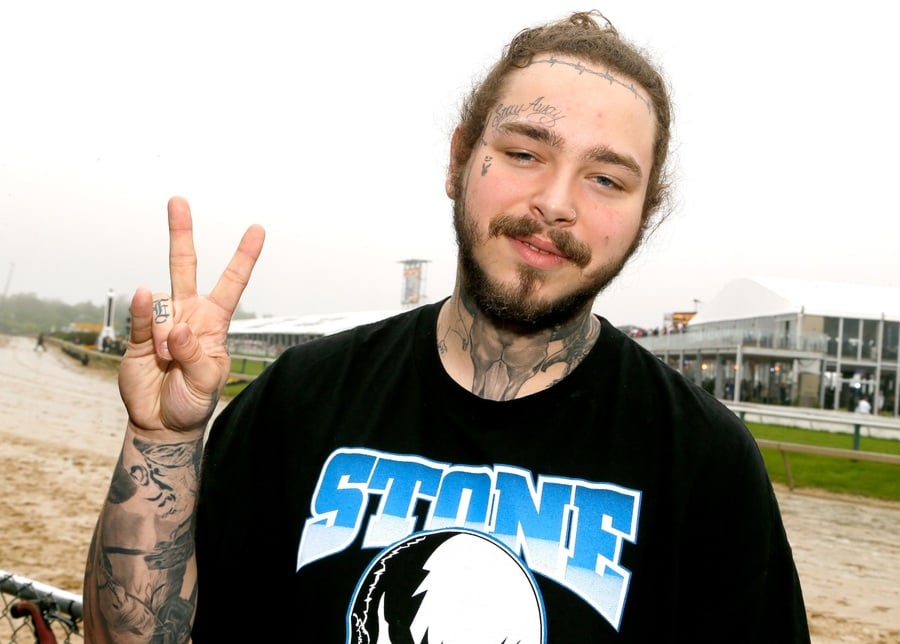 Post was in a three-year relationship with Ashlen Diaz which ended in November 2018. He currently lives in Los Angeles, California, although he maintains another $3 million 13,000-square-foot home in northern Utah. His previous home in San Fernando Valley, California, was robbed on September 1, 2018.

He is well-known for his bold personal style, which includes a large collection of face tattoos. In particular, he has a number of face tattoos, such as a line of barbed wire across his forehead, the words "Stay Away" above his right eyebrow, "always" and "tired" under both eyes, and "STONEY" below his chin.

One controversy surrounding Post is the accusations by multiple publications and on social media of being a "culture vulture". These accuse him of "appropriating" African-American culture. In January 2018, Post went on an intoxicated rant against people who accuse him of such. Several days later, he said in an interview with GQ "there's a struggle being a white rapper." He also received backlash for comments he made in an interview with Polish media outlet NewOnce, claiming that modern hip-hop lacks "people talking about real shit," and that "if you're looking to think about life, don't listen to hip-hop." Critics included fellow rappers Lil B and Vince Staples, as well as criticism across social media.