Pleasure P net worth: Pleasure P is an American R&B singer-songwriter who has a net worth of $2 million. Pleasure P earned his net worth a member of the popular group Pretty Ricky and through a successful solo career. Pleasure P was born on December 27, 1984 in Carver Ranches, West Park, Florida.

He was nominated for three Grammy Awards in 2010, and he is currently a solo artist signed to E1 Music. Pleasure P was a member of the American R&B/hip hop group Pretty Ricky from 1997 until he left to pursue his solo career in 2007. The group originated in Miami, Florida and all four of the original members are brothers. Corey "Slick'em" Mathis, Diamond "Baby Blue" Smith, "Spectacular" Blue Smith and Pleasure P started the group in 1997. In 2009, Pleasure P released his first solo album titled "The Introduction of" titled Marcus Cooper. The album eventually went on to sell 150,000 copies. 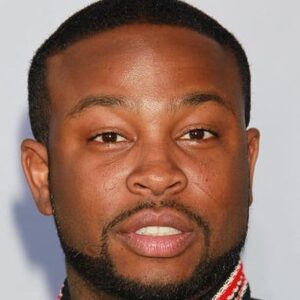