Phife Dawg net worth: Phife Dawg was an American rap artist who had a net worth of $5 million dollars. Phife Dawg, also known as Malik Isaac Taylor, was born in St. Albans, Queens, New York, and began his professional music career in the late 80s. He is most widely recognized as a member of the award-winning music group, A Tribe Called Quest.

In addition to his multiple albums with ATCQ, he has also released one studio solo album, and one EP. He is also working on a new studio album called, "Songs in the Key of Phife Volume 1: Cheryl's Big Son". He has collaborated on multiple tracks, guest performing with such artists as Fu-Schnickens, Diamond D, Pete Rock, and Chi-Ali, among others. In addition to his music career, he has also appeared as an actor in various film projects, including, "Who's the Man" and "The Rug Rats Movie". He was most recently seen in "Beats, Rhymes & Life: The Travels of a Tribe Called Quest". Unfortunately, Phife Dawg died on March 23, 2016 at the age of 45. 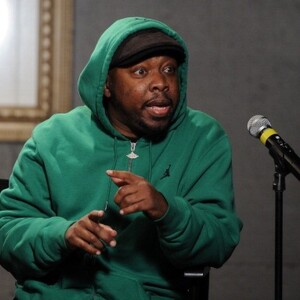