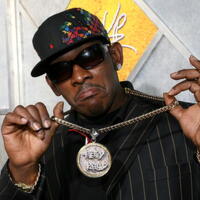 What is Petey Pablo's Net Worth?

Petey Pablo is an American rapper who has a net worth of $50 thousand dollars. Petey Pablo became popular in the early to mid-2000s with his hit single, "Freek-a-Leek."

Pablo was born on July 22, 1973 in Greenville, North Carolina and given the name Moses Barrett III. He attended J.H. Rose High School. When he was 20, he was sentenced to five years in prison for armed robbery. After he was released, he moved to New York City, where he met Black Rob and Busta Rhymes. Rumor has it that his rapping talents were discovered after the A&R director of Jive Records heard him rapping in a club bathroom and decided to sign him.

After signing with Jive, Pablo began working on his debut album. He released his first single, "Raise Up," in the summer of 2001, a track produced by Timbaland. The track received heavy play on urban radio and also was featured on rotation by MTV, eventually reaching number 25 on the Billboard Hot 100. His debut album soon followed, called "Diary of a Sinner: 1st Entry." It peaked at 13 on the Billboard 200 and was later certified Gold by the Recording Industry Association of America. In early 2003, the album received a Grammy nomination for Best Rap Album, though it lost to Eminem's "The Eminem Show."

Pablo then began working on his second album, "Still Writing in My Diary: 2nd Entry," which he released in 2004. The album was both critically and commercially successful and peaked at number four on the Billboard 200. It was also certified Gold. The lead single off the album, "Freek-a-Leek," was produced by Lil Jon and became Pablo's biggest hit single of his career. It reached the seventh spot on the Billboard Hot 100. The same year, he also had a featured rap on Ciara's hit single, "Goodies," which was the number one track on the Billboard hot 100. 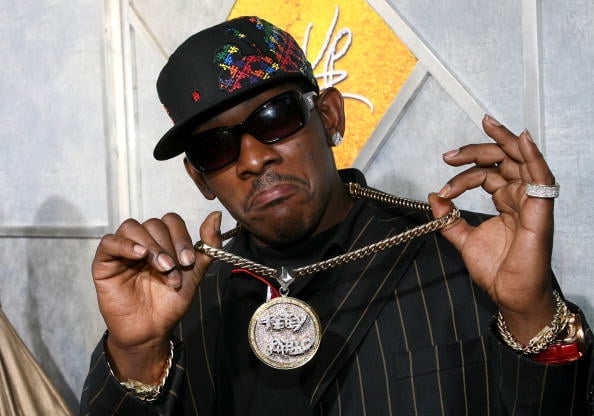 After releasing his second album, Pablo decided to take a break from music. He eventually founded his own independent label called Carolina Music Group. He started releasing music again in 2010 with a track called "Go." The next year, he released a single called "Get Low." By 2012, he was in prison though this did not stop him from releasing music. In early 2012, he released a mixtape called "Carolina #1" on his own label. Once he was out of prison, he released another single, "Never Imagine," in 2015. He also released a single in 2016 following the Carolina Panthers' victory in the NFC Divisional Playoffs. The single was then used as a hype song for the team.

From 1998 until 2000, Pablo dated the singer, Monica. He then began dating Amy Caro and the couple got married in 2001 and have remained together ever since.

In September of 2010, Pablo was arrested at Raleigh-Durham International Airport after trying to carry a stolen 9 mm semi-automatic pistol aboard a US Airways flight to Los Angeles. Two weeks later, he was sentenced to 35 months in prison. He began his prison sentence in January of 2012 and was released early in March of 2014.