Ol' Dirty Bastard Net Worth: Russell Tyrone Jones, better known as Ol' Dirty Bastard, was an American rapper and producer who had a net worth of $500,000 at the time of his death in 2004. Jones was probably best known for being a member of the popular rap group Wu-Tang Clan. Based out of New York City, the group eventually became one of the most appreciated hip-hop acts of the modern era. In 1993, Jones and the rest of the Wu-Tang Clan released "Enter the Wu-Tang," which propelled them to commercial and critical success.

Although a talented musician, Russell struggled immensely with a wide range of issues over the course of his life. These included near-constant legal issues, which resulted in a number of arrests. He also struggled with substance abuse issues, and this ultimately proved to be his downfall. In 2004, Ol' Dirty Bastard died from an accidental drug overdose at the age of 35.

Ol' Dirty Bastard was known for his unique vocal delivery, which has been described as "half-rapped, half-sung." Like the rest of the Wu-Tang Clan, he implemented Chinese aesthetics and influences into his musical identity, particularly from vintage Kung-Fu movies. His name is a reference to a 1980 Kung-Fu flick called "Ol' Dirty and the Bastard," which starred Yuen Siu-Tien. 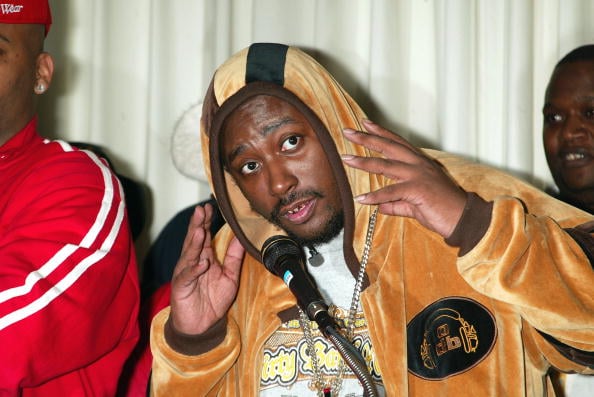 Legal Issues: Jones' legal issues began quite early, and in 1993 he was convicted of second-degree assault after an attempted robbery. The next year, he received a gunshot wound in the torso after arguing with a fellow rapper. Three years passed before Ol' Dirty Bastard found himself struggling with further legal issues. This time, the issues stemmed from a failure to pay child support for three of his children.

Another year passed, and he was charged with attempted assault of his wife. He pleaded guilty. That year, Russell was actually the victim of a home invasion robbery, and was shot twice but suffered non-fatal injuries. A few days after suffering these injuries, he attempted to steal a $50 pair of sneakers from a store in Virginia. He was caught and charged with shoplifting. A subsequent investigation determined that Russell was carrying $500 at the time of this crime. Jones made the situation worse by failing to appear in court, and bench warrants were issued in Virginia.

To wrap up a busy year in 1998, he was arrested in Los Angeles for criminal threatening and was involved in a controversial traffic stop only a few days later. Some say that Ol' Dirty Bastard was fired upon by the police for some reason, and he was eventually charged with attempted murder and criminal weapon possession. Both charges would suggest that Jones and the police actually exchanged shots during the incident.

A similar story played out in 1999, when Jones was fired upon eight times by police officers. These officers claim that Ol' Dirty Bastard had fired upon them, but these reports were later called into question by Russell's assertion that they had mistaken his mobile phone for a firearm. No shell casings or guns were found at the scene of the incident that could be linked to Jones.

Also in 1999, Russell was arrested for driving without a license. During this incident, police discovered that he was wearing a bulletproof vest. As a convicted felon, Jones was not allowed to wear body armor. Upon his return to New York, he was subsequently arrested for possession of crack cocaine after committing a traffic offense. He was allegedly found with marijuana and a considerable amount of crack cocaine.

Ordered to attend a drug treatment facility by a judge, Ol' Dirty Bastard eventually escaped and went on the run as a fugitive. During this period, he connected with RZA and even appeared on stage with the Wu-Tang Clan. In the year 2000, Jones was finally captured outside of a McDonald's in South Philadelphia. He had drawn attention to himself by signing autographs, and a large crowd had gathered.

After spending days in a Philadelphia jail, he was extradited to New York, where he was sentenced to between two and four years in prison. He was eventually released from prison after three years, in 2003. Many years after his passing, the FBI released his official criminal file to the public. It contained details of many other crimes, including connections to three murders, shootouts with the New York police, racketeering, corruption, and more.

Passing: Although Ol' Dirty Bastard was clearly struggling in the years leading up to his death, these struggles were mostly celebrated by the general public, and his fans reveled in his antics. However, those closest to him recognized that Jones was struggling with serious substance abuse issues, and perhaps legitimate mental health problems. One biographer claimed that one year prior to his death, Russell had been diagnosed with bipolar disorder.

In 2004, Ol' Dirty Bastard lost consciousness at a recording studio owned by fellow Wu-Tang Clan member RZA. He was eventually pronounced dead, and the official cause of death was reported to be an accidental drug overdose. An autopsy revealed that he had ingested a lethal combination of cocaine and a prescription drug called tramadol. Tramadol is an opioid. Witnesses later reported that Russell had been complaining of chest pains throughout the day before his death.

While the official cause of death has been attributed to drugs, many fans and observers state that the actual reason for his decline and eventual passing was much more complex. They point to the tremendous stress and trauma that prison caused, and they note that his drug use accelerated after his release from incarceration. RZA, the man who was with Jones immediately before his death, seemed to suggest that his mental health issues were the final catalyst for his passing. 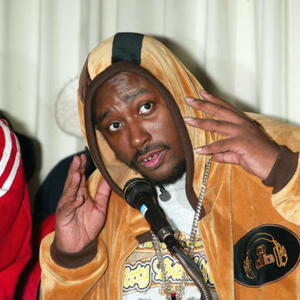